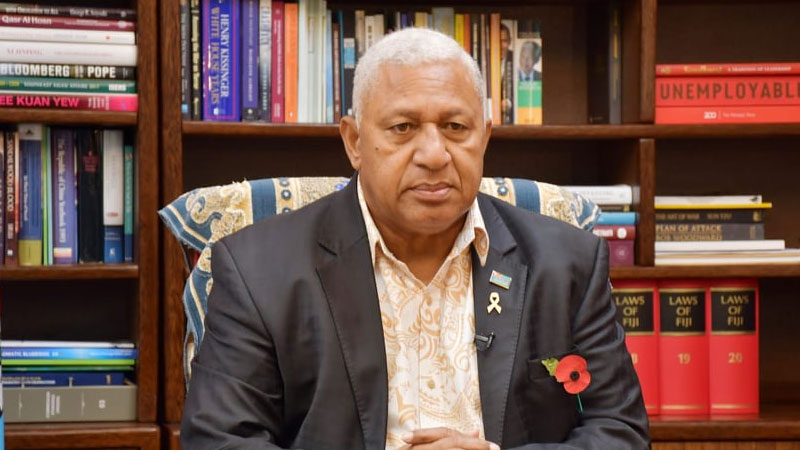 Prime Minister Voreqe Bainimarama says as Fiji celebrates 50 years of independence, and reflects on the many lessons of those years, one thing is certain is that we are strongest when we recognise that no person has a God-given superiority over another.

In his message for Prophet Muhammad’s birthday, Bainimarama says it is not our ethnicity, our background, or our creed that defines us.

He says only our good deeds, and our love for both God and our fellow Fijians show our true character both as individuals and as a nation.

The Prime Minister adds in honour of Prophet Muhammad's birthday, he would like to share a parting message he delivered during his final sermon, standing before his fellow pilgrims in the shadow of Mount Arafat.

Bainimarama says 1,400 years later, these words, this spirit of inclusivity, of tolerance, and of equality has transcend any one religion or system of belief and can inspire Fijians of all faiths.

He adds he he wishes our Muslim sisters and brothers peace and happiness, on this day and every day after.

Minister for Economy, Aiyaz Sayed-Khaiyum says calling People’s Alliance “Paap” or “Paapi” is a play of words just like calling someone from... 28 minutes ago
LATEST NEWS

Minister for Economy, Aiyaz Sayed-Khaiyum has confirmed the Ministry of Education is working on some capacity building in terms of technical and ... 38 minutes ago