We are seeing glimpses of the old Semi Kunatani - Rahiman

We are seeing glimpses of the old Semi Kunatani - Rahiman 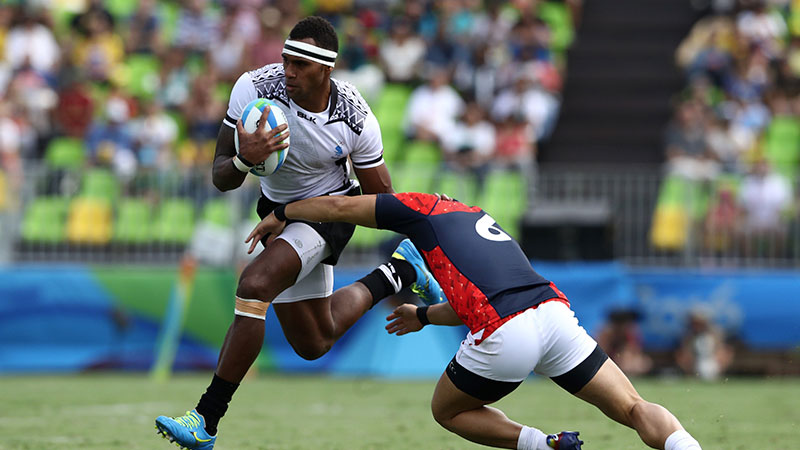 It is absolutely vital that the Fiji Airways men’s national 7s team avoid the handling errors they committed against Spain in the pool stage.

This is the analysis of our top rugby commentator Antonio Rahiman who says the team came across as a bit casual despite scoring a number of tries against Spain.

Rahiman says a key statistic that stood out for him in the pool matches was that it only took Fiji only seven passes to score two tries against USA.

He says Semi Kunatani has stood out for him so far.

The Fiji Airways men's national 7s team will meet England in the first cup quarterfinal of the London 7s after winning all three pool matches.

The national side beat USA 26-19 in their final pool match this morning.

Fiji will meet England in the first cup quarterfinal at 9.58 tonight.

In other quarterfinals, New Zealand will face Ireland, Samoa will clash with Spain and South Africa will meet Australia.

The cup semifinals will begin from 1.53am tomorrow and the cup final will start at 4.58am tomorrow.