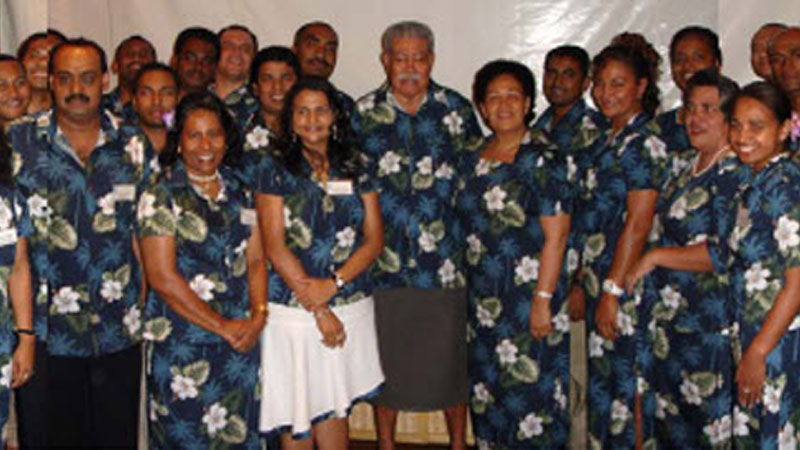 Leadership Fiji says they are saddened by the news of the passing of Laisenia Qarase who was a great leader and son of Fiji.

CEO Sharyne Fong says they mourn with Mrs Qarase and the family.

Fong says they pay tribute to Qarase who served as Prime Minister of Fiji in 2001 and 2006.

She says Qarase left a legacy of positive experiences with the Leadership Fiji family in the years that he was Prime Minister.

Fong says he was an ardent supporter of Leadership Fiji, had a keen interest in their vision, the contributions of the participants, and was always a very willing speaker and host of their annual “Lunch with the Prime Minister”.

She says Qarase had the passion to serve his people and the vanua and inspired young leaders to build loving and kind relationships in the communities they served.

Fong says whilst they mourn the loss of Qarase, they also celebrate that his legacy will live on with the Leadership Alumni and Fellows and all the leaders who he had inspired to do good for the communities.

A man who is alleged to have received stolen items is now in police custody. Officers from the Police Southern Division Taskforce managed to ... 24 minutes ago

The grandfather of the 13-year-old girl who was murdered in Namara, Labasa last month is pleading with the public to come forward if they have any ... 50 minutes ago