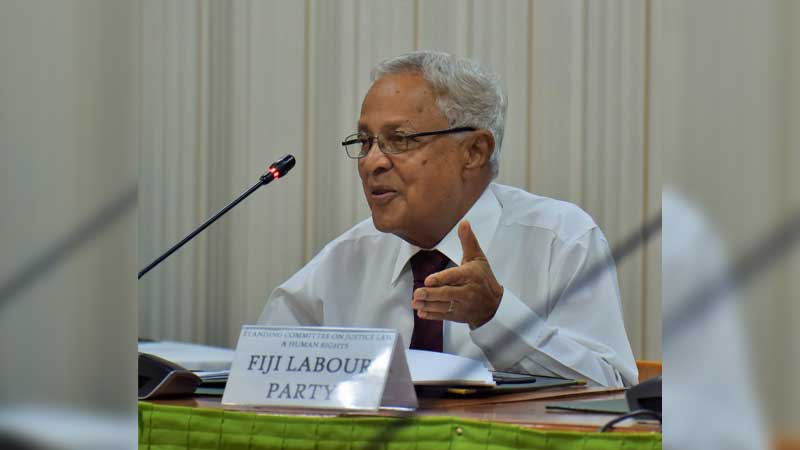 Fiji Labour Party Leader, Mahendra Chaudhry says it is the Government’s utter stubbornness and failure to impose a lockdown to contain the virus, which has led to the COVID crisis we are facing today.

He says there have been many impassioned pleas for a lockdown from politicians, religious, business and community leaders and concerned individuals but the Prime Minister has ignored them all, arguing that would destroy the economy.

Chaudhry has also highlighted that another serious mistake was to reverse the restriction of movement between containment zones and to allow factories and businesses to open and this is when the virus proliferated out of control.

He says the responsibility for this goes to Economy Minister, Aiyaz Sayed-Khaiyum and Commerce Minister, Faiyaz Koya.

Chaudhry says it was obvious that Permanent Secretary for Health, Doctor James Fong was very reluctant to adopt this policy and now that the harm has been done, the FLP Leader says the two Ministers have retired into the background leaving Doctor Fong to struggle with the mess they created.

He also says the Prime Minister should stop blaming the people and take full responsibility himself for the dire situation regarding the spread of the virus.

Chaudhry says this is simply passing the buck.

He says police statistics for the whole week for the entire nation show that only 50 people were charged for breach of health protocols in the entire country. Chaudhry says this actually shows that the majority of the people are taking health protocols seriously and abiding by the rules.

He says government health care facilities, in a deplorable state at the best of times, have simply collapsed and Fiji does not have the facilities, the equipment or the resources to fight this battle.

The FLP Leader says had it not been for the very generous help in cash and kind from Australia and New Zealand, we can just imagine the catastrophe we would be facing as a nation.

Meanwhile, Prime Minister, Voreqe Bainimarama has made it clear that the number of COVID-19 cases are increasing in the Central Division, and the only way to ensure that the cases do not rise further is to follow all the COVID-19 safe measures.

Bainimarama says following the COVID protocols is the next best thing to lockdowns.

He says vaccination protection and COVID protocols will result in the decrease of the cases, and he is calling on everyone to work together.