We are confident USA will soon close this ugly chapter - Bainimarama

We are confident USA will soon close this ugly chapter - Bainimarama 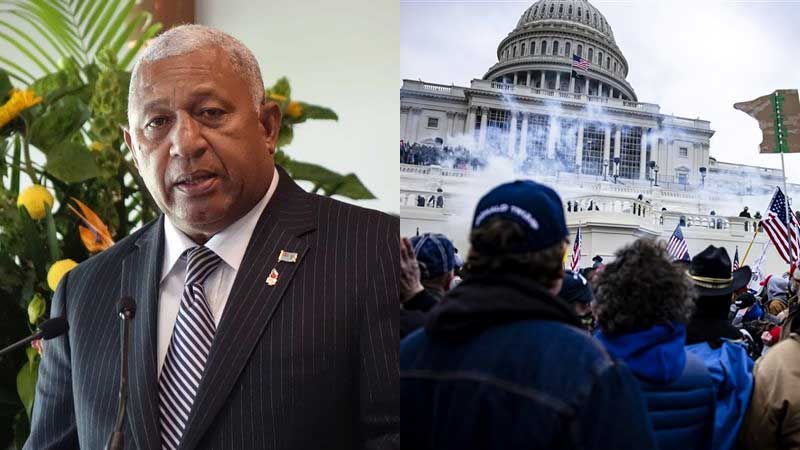 Prime Minister, Voreqe Bainimarama says they are confident that the US will soon close this ugly chapter once and for all.

He has tweeted that the violent scenes they saw in Washington today are an affront to democracies around the globe.

The violent scenes we saw in Washington today are an affront to democracies around the globe. True and genuine democracy is a precious treasure that no nation should ever take for granted. We are confident the USA will soon close this ugly chapter once and for all.

He says true and genuine democracy is a precious treasure that no nation should ever take for granted.

Demonstrators swarmed the building as Congress members were escorted out by police. The joint session of Congress certifying Joe Biden's win has been suspended and forced into recess.

CNN reports a woman is dead after being shot on the chest at the Capitol Grounds.

Bainimarama is amongst a number of World leaders to denounce the events in Washington today.

According to CNN, World leaders and top diplomats have issued strong condemnations of rioters who stormed the US Capitol building in Washington, some pressing President Donald Trump to call off the violence.

Many, including top diplomats and leaders in Iceland, France, Austria, Colombia and Scotland among others, reminded the US of its role as a model of democracy in the world, and expressed disbelief at the breach of the US Capitol, the first time that the building had been overrun since a British attack during the War of 1812.