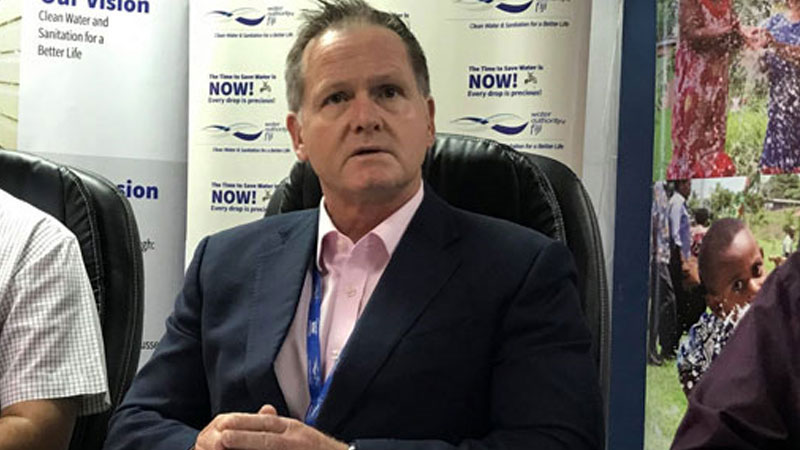 The Water Authority of Fiji is waiting for the arrival of 22 generators from overseas that will be installed at certain treatment plants and pumping stations to ensure that they are able to continue to supply water when power outages occur.

WAF CEO Barry Omundson says border restrictions due to COVID-19 has slowed them down at the moment.

He says they have moved some generators around to certain areas that are more prone to electrical faults and they have seen the benefits in relation to continuing their services when power fluctuations occur.

Omundson says they have invested about $6 million for this project.

The CEO says WAF’s board has approved their new 5 year strategic plan that will see them focus on their existing plans and a long list of things that needs to be done and repaired.

The Authority was allocated $25.2 million in the current budget to improve water distribution systems.

It was announced in the 2019/2020 National Budget that the Authority has the target to provide clean water to 85% of Fijians in rural communities by 2021 under the Rural Water Supply Programme.

Omundson says they are pretty ambitious targets and they were always ambitious to achieve but they will continue to deliver those services to wherever and whenever they can.

Government had allocated $11.3 million for the programme in the budget.

Meanwhile, the CEO has also confirmed that construction works on the 40 megalitre treatment plant in Viria, Rewa is expected to be completed later next year as rain has caused some delays.

WAF is also expected to get major funding for the next financial year as they have had to forgo $28.4 million in revenue as all disconnections have been suspended until 31st December, 2020.

This was announced in the COVID-19 Response Budget in March this year.

Omundson says they have had to continue their operation even with this reduced income.

He also says that they will be satisfied with whatever is allocated to them in 2020/2021 National Budget and they have to make do with whatever they are given and they will get more efficient and deliver that service to Fijians.

WAF is responsible for over 144,000 residential and non-residential metered customers residing largely in urban areas, reaching over 700,000 people nationwide and bout 116,342 million litres of treated water is supplied to homes and businesses nationwide, each year.

The 2020/2021 National Budget address will be delivered by the Minister for Economy, Aiyaz Sayed-Khaiyum at 7.30pm this Friday.