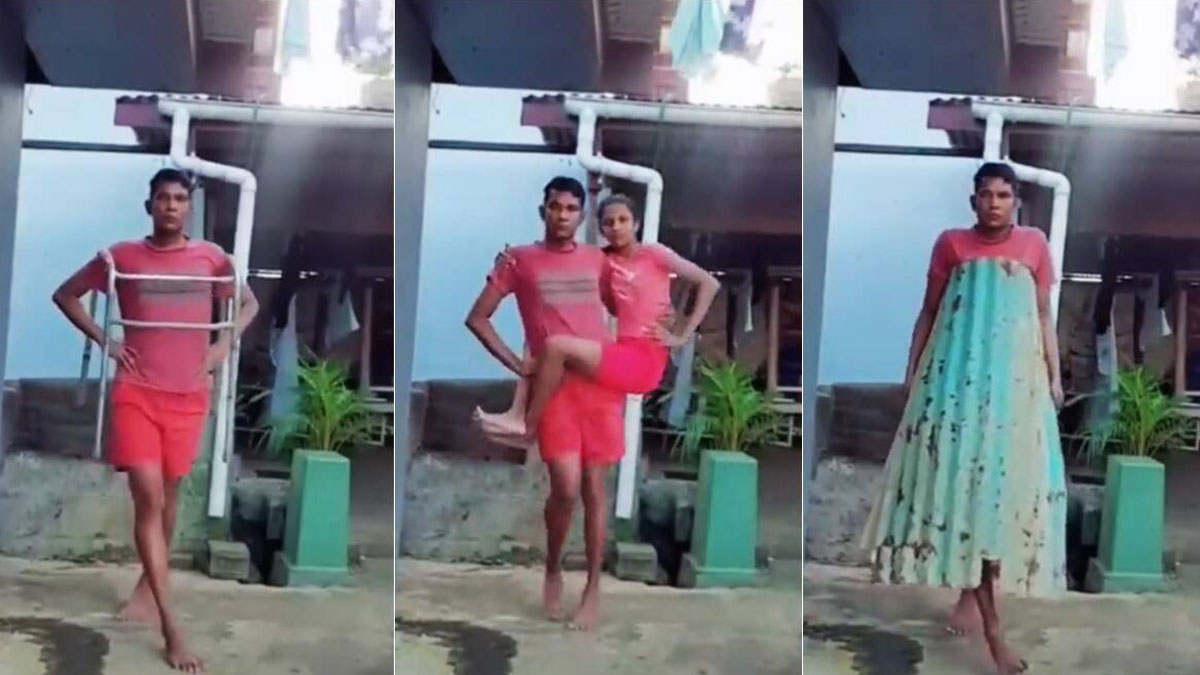 Many while appreciating his videos wondered if he was simply just moving when he filmed the clips. (Source: @DoctorAjayita/Twitter)

Fijian TikToker Shaheel Sanil Prasad who is also known as Shaheel Shermont Flair is a hit on social media having over 25 million views for a single video, after he imitated the ramp walk by holding household objects to depict fancy clothing.

Prasad who lives in Naulu, Nakasi says he made 10 TikTok videos which has gone viral in the United States as well as the Philippines and he is currently working on the 11th video which might get released today.

He says he watched many runway shows, which inspired him to recreate the act and he wanted to add a comedy twist to it.

Flair confirmed his sixth video went viral on various platforms which reached the audience in India when it was shared by Doctor Ajayita on Twitter and she mentioned his Instagram.

Bollywood actress Raveena Tandon has tweeted that it was the best I’ve seen today.

Flair is seen with a walker around his neck, a tin roofing iron wrapped around his waist to represent a skirt and an aluminum ladder.

Most fashion shows these days... pic.twitter.com/aUFD003STQ