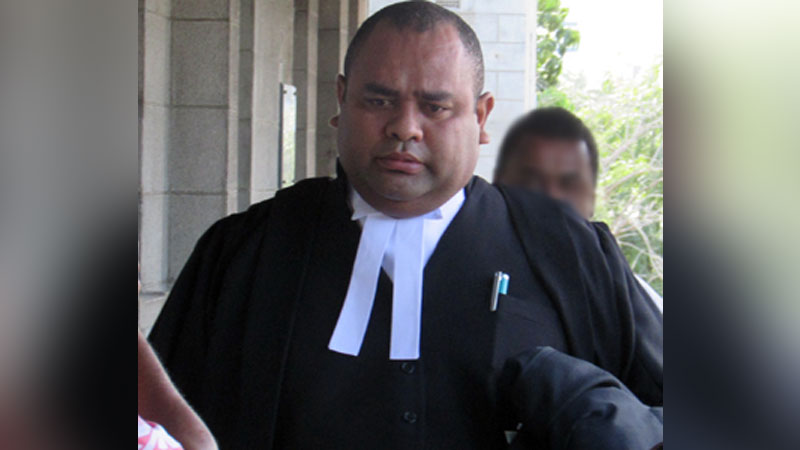 SODELPA MP Salote Radrodro's lawyer has told the court that she has been wrongfully charged, the dates and amount for another charge is wrong and the matter should be heard in the Magistrates Court.

She charged with giving false information to a public servant and obtaining financial advantage.

Radrodro is alleged to have falsely stated that her permanent place of residence was in Namulomulo village, Nabouwalu, Bua and allegedly obtained $37,920.13 in parliamentary allowances between August 2019 and April 2020.

While making submissions objecting to the amended information filed by FICAC, her lawyer, Simione Valenitabua says the Members of Parliament Declaration Form is s statutory declaration made under the Parliamentary Remuneration Act.

He says if she is alleged to have made a false declaration in the form then shouldn’t she be charged under Section 180 of the Crimes Act which states that any person commits a summary offence if he or she knowingly and willfully makes statement false in a material particular and the statement is made in a statutory declaration.

Valenitabua says because this is a summary offence FICAC must reconsider the jurisdiction it has invoked under the erroneous charge under Section 201 of the Crimes Act and as the second charge is also a summary then the High Court has no jurisdiction to hear and determine the case against Radrodro.

He further says the dates and amount in the second charge is wrong as the declaration expired on 13th December, 2019 or 6 months after 13th June 2019 and Radrodro never any other declaration or MP Declaration Form after it lodged one on 13th June.

FICAC Commissioner Rashmi Aslam says it is not a statutory declaration because the Parliamentary Remuneration Act does not allow it.

He asks where does it say the declaration expires in 6 months.

Aslam further says whatever Radrodro allegedly did remains as is.

A 20-year-old man will be produced in the Suva Magistrates Court this afternoon charged for his alleged involvement in the Raiwai brawl on ... 21 minutes ago