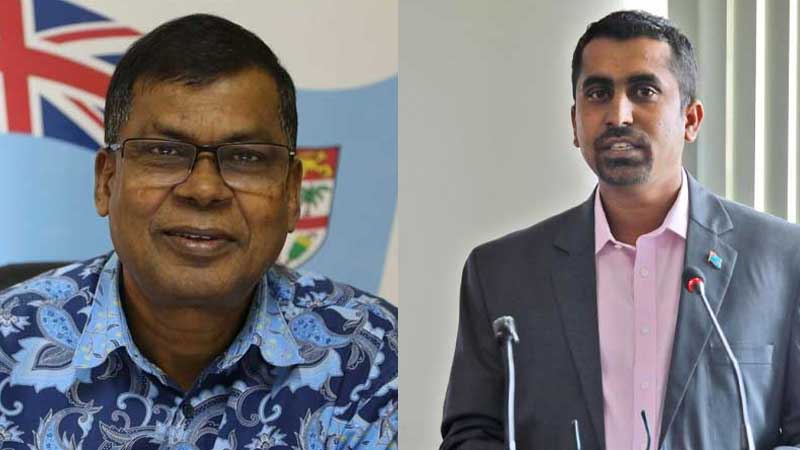 National Federation Party Leader Professor Biman Prasad says the underspending by government simply shows their years of wastage and the mismanagement of taxpayers funds has led to a state of decay of public infrastructure however Acting Permanent Secretary for Economy Shiri Gounder says the underspending of $485 million was a result of the tight control on public spending and the under-utilisation of certain budgetary allocations due to the prevailing circumstances during the financial year.

Professor Prasad made the comment following a recent public statement by the government that tight control on expenditure led to the under-spending of $485 million in the 2020-21 Budget.

He says this is a cash-strapped patchwork government that has heaped a debt level of 97% to GDP on the people of Fiji inclusive of total borrowings and contingency liabilities.

Prasad says if we look at the fourth quarter Appropriation Statement, the Ministry of Health and the Fiji Roads Authority received significantly less funding than that allocated in the 2020-21 budget.

He says the Health Ministry was allocated over $394 million but they only spent almost $349 million which is $45 million less than budgeted.

The NFP Leader says lack of basic medication, shortage of basic medical supplies and delay in the provision of subsidized dialysis were almost the daily norm throughout the last financial year.

He also says that the FRA budget was almost $349 million but they only spent $277 million.

Prasad says nobody needs to be reminded of pot-holed filled roads resembling craters on the moon.

Meanwhile, Government expenditure for the 2020/2021 financial year was below what they had projected.

According to the fourth quarter Appropriation Statement, the government had projected to spend $3.674 billion however the actual spending was $3.189 billion.

Acting Permanent Secretary for Economy Shiri Gounder says the highest underspending was recorded for interest expenditure due to the lower than expected cost of borrowing in the domestic market and access to concessional debt from external multilateral and bilateral development partners like the Asian Development Bank, World Bank, Asian Infrastructure Investment Bank and JICA.

Gounder further says the public wage bill was also lower than the budget as a result of the tight control on civil service recruitment while the COVID-19 induced restrictions caused some delays in capital projects, tertiary education spending and tourism marketing.

Gounder adds the favourable fiscal performance relative to the Budget was largely due to a $469.4 million over-collection in Government revenue, 28% higher than the budget and the significant over-collection in Government revenue was attributed to $210 million non-tax cash inflow from the divestment of Energy Fiji Limited shares which was not initially included as part of revenue in line with their conservative revenue estimation strategy.

He says this was further supported by the over-collection of $254.7 million in budget support grants from development partners mainly Australia, New Zealand and the European Union.

Gounder says on the contrary, tax collections were slightly below forecast due to the disruptions caused to business and economic activity following restrictive measures imposed aimed at managing the second wave of COVID-19.

He also says during the fiscal year, Government also undertook a redeployment of $61.2 million in line with Section 22 of the Financial Management Act 2004.