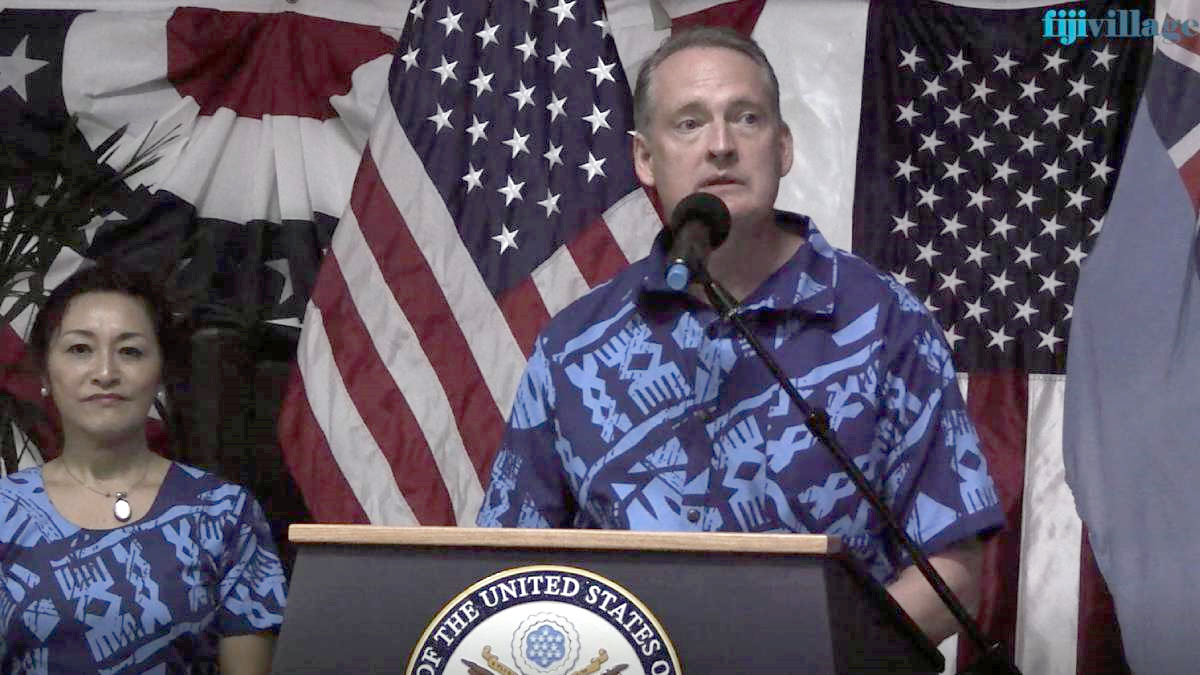 More than ever, friendship, and partnership define the United States’ long standing relationship with the big ocean states of the Blue Pacific.

This has been highlighted by the Charge d’Affairs of the United States of America, Tony Greubel during the 246th Independence Day celebration at the US Embassy.

He says the United States will support the blue neighbours as they seek to strengthen their blue economies.

Greubel says they stand with the Pacific Islands in the fight against climate change including combating illegal fishing.

Speaking on behalf of the Prime Minister, Voreqe Bainimarama, the Chief of Protocol has welcomed the renewed commitment the US has in the Pacific and he looks forward to a closer collaboration into the future.

He has also commended the long standing relationship between the countries and recognizes the opportunity they have for deeper cooperation including through the recently launched Indo-Pacific Economic Framework.