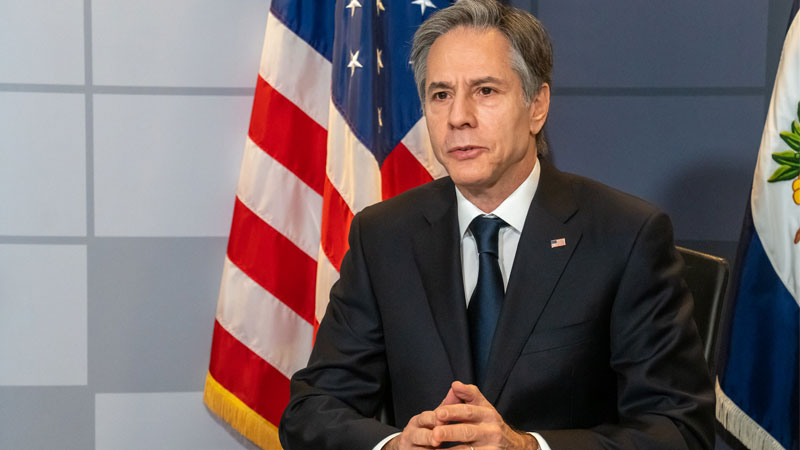 US Secretary of State Antony Blinken

The US Embassy in Fiji says the US Secretary of State Antony Blinken had a short time in Fiji and could only meet with a limited number of civil society representatives, which represented issues ranging from women’s economic empowerment to rule of law, and many more.

An Embassy spokesperson says Blinken’s meeting with CSOs and community leaders was only one aspect of their continuous support of the civil society sector.

The Embassy has clarified this after Fiji Labour Party Leader Mahendra Chaudhry said they are disappointed with the inadequate representation of civil society organisations invited to meet Blinken during his visit to Fiji.

He says the list made available is singularly lacking in CSOs that represent the people most affected by human rights restrictions and violations in Fiji.

Chaudhry says the workers were not there and women’s organisations who are usually quite vocal were apparently not invited.

When contacted, the Embassy spokesperson says the US supports an open and vibrant civil society adding Fiji is home to numerous civil society organisations who champion a wide range of issues.

The spokesperson further says through grants, citizen exchanges, and training, the US Embassy builds the organisational and leadership capacities of CSOs across the Pacific region.

Those that were part of the CSO Roundtable with the US Secretary of State are Paula Vivili who is the Deputy Director-General Science and Capability for the Pacific Community, President of the Fiji Law Society Wylie Clarke, Entrepreneur and Facilitator for Academy of Women Entrepreneurs Sharyne Fong, Alisi Rabukawaqa who is the Marine Spatial Planning Project Liaison Officer for the International Union for the Conservation of Nature, Co-Founder of Apitonga Taholo Kami and Executive Director of the Fiji Council of Social Services Vani Catanasiga.