US Report on Fiji is factual in nature – Greubel

US Report on Fiji is factual in nature – Greubel 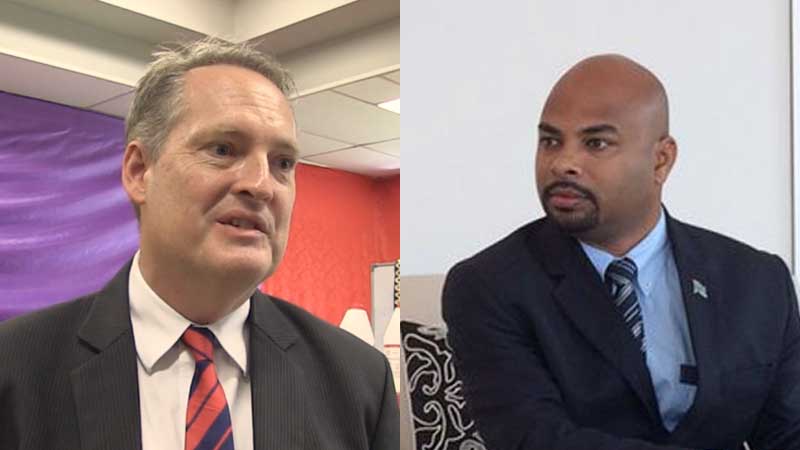 US Embassy’s Chargé d’Affaires to Fiji, Tony Greubel has today maintained that the US State Department’s 2020 Country Reports on Human Rights Practices in Fiji are factual in nature however the Director of the Fiji Human Rights and Anti Discrimination Commission, Ashwin Raj says the US report contains factual inaccuracies and has a scant interpretation of the law.

When questioned by Fijivillage if the US consulted the Human Rights Commission while compiling the report, Greubel says the country reports do not reach legal conclusions, rank countries, or draw comparisons across them and they do not attempt to catalog every human rights incident, nor are these reports an effort by the US government to judge others.

Greubel says their aim is always to identify human rights challenges and use their voice and position on the world stage to draw attention to abuses of human rights, no matter where or when they occur.

He adds that’s why each year, the US Government issues the Country Reports on Human Rights Practices, which address, as required by US law, the status of internationally recognized human rights in all countries that are members of the United Nations.

Greubel further says these reports provide an objective record of whether human rights and freedoms are being protected both by law and in practice around the world adding that the reports are prepared by US diplomatic missions that collect, analyze, and synthesize information from a variety of sources. He also says publicizing facts and verifiable information can encourage governments to change course and seek to end human rights abuses.

Greubel adds the information is gathered primarily from news articles and broadcasts and the US Embassy consults a wide variety of stakeholders in government, civil society, business, academia, and other field that represent the breadth of Fijian society to provide further context and analysis for all sections of the report.

When asked, Greubel confirmed that the report does not have the Fijian government’s response on human rights matters raised in the report.

When questioned by Fijivillage, Raj confirms that there was neither any stakeholder consultation in the formulation of the US report, nor any ethic of constructive engagement of the State Department on these human rights matters with the national human rights institution.

Greubel says they will be having government to government negotiations.

He says they will be working with Fiji in addressing the issues that have been highlighted.

The US report says significant human rights issues in 2020 included : cases of cruel, inhuman, or degrading treatment, in some cases leading to death; restrictions on free expression, such as substantial interference with the right of peaceful assembly; and trafficking in persons.

When questioned by Fijivillage on whether any talks have been held on the report with Fiji, Greubel they are yet to receive a response from the Fijian Government in regards to the recent report.

We have also asked the Prime Minister, Voreqe Bainimarama on the government’s stand on the State Department Report on Fiji. He is yet to comment.