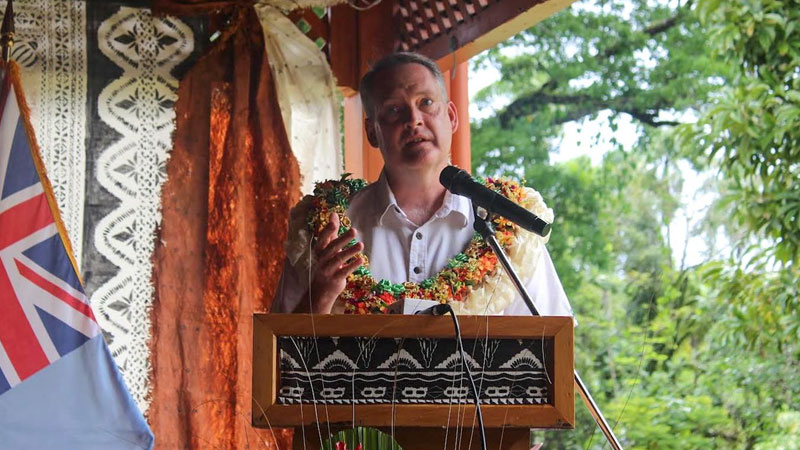 The United States Embassy has awarded a $420,698 grant to the Fiji Museum through the Ambassadors Fund for Cultural Preservation.

Embassy's Chargé d'affaires Tony Greubel says the grant is important for the collection of the country’s cultural heritage.

Greubel says with the 5 year award the museum will complete a full digital documentation of its holdings, making them accessible online to people everywhere and link Fiji’s diverse communities, as well the world to the Fiji Museum’s collection.

He says they are pleased to partner with the Fiji Museum to help preserve this important collection of the country’s cultural heritage.

He adds the partnership will support the museum in collecting, recording, digitizing, preserving, and sharing objects and research materials that tells important story about Fiji’s history and it’s people.

The Fiji Museum’s project was one of only 22 selected for funding and also through the grant, the Fiji Museum will receive specialized training and knowledge that will boost the museum’s ability to care for and share Fiji’s cultural heritage.

Today’s signing ceremony also marks the 20th anniversary of the Ambassadors Fund for Cultural Preservation which has supported over 1,000 projects in 133 countries since it began in 2001.

The Ministry of Health says the public is advised that if indeed the COVID-19 variant, Omicron is more transmissible than Delta, then it will be inevi... 3 hours ago
LATEST NEWS

Assistant Minister for Youth and Sports, Alvick Maharaj says the parties in the Opposition can’t see what the Prime Minister is doing and he also ... 1 hour ago