Two records broken so far at the the Triple N Zone

Navula sisters going for gold in the 100m finals

Two records broken so far at the the Triple N Zone

Navula sisters going for gold in the 100m finals 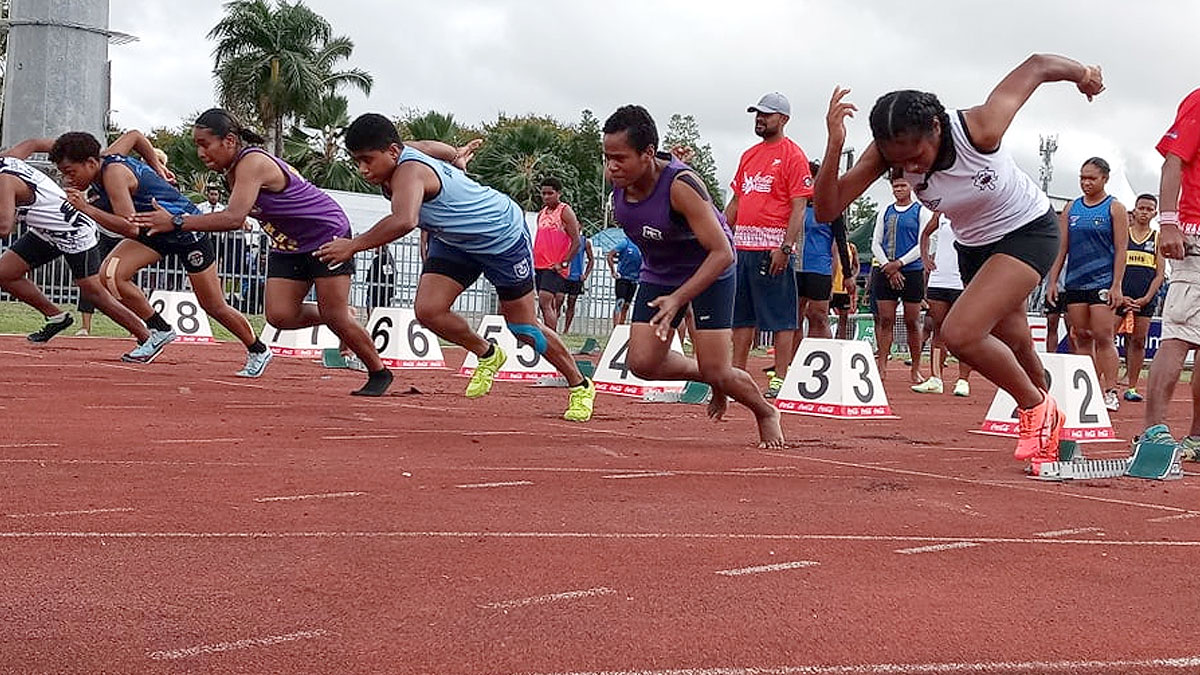 Two records have been broken in the Coca Cola Triple N Zone meet that is currently underway at the HFC Bank Stadium.

The second record this morning was set by David Raibiriki of Davuilevu Methodist High School in the Triple Jump with a distance of 12.88 metres.

Meanwhile, the Navula sisters from Adi Cakobau School are aiming to win gold in the Junior and Senior Girls 100 metres finals later today.

Filomena Navula ran in the Junior Girls heats with the manual time of 12.69 seconds while her elder sister Kinisalote clocked 13.34 seconds in the Senior Girls heats.

Looking at the medal tally, ACS is currently leading the girls with 3 gold, 4 silver and 4 bronze while Lomaivuna High School is leading the boys division with 2 gold, 2 silver and 1 bronze.

The 2022 Coca-Cola Games will be held from the 18th to the 20th of this month at the HFC Bank Stadium.