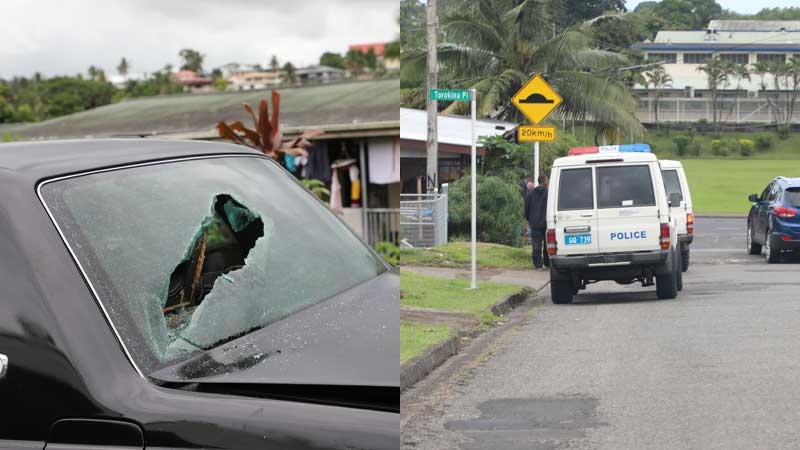 Police confirm two people are admitted at the CWM Hospital following a violent brawl at Mead Road Housing in Nabua this afternoon.

They sustained serious injuries after being allegedly hit by cane knives.

A group of people showed up this afternoon and allegedly started assaulting some of the boys at Mead Road Housing.

Some of the vehicles parked near the scene of the crime had their windows smashed.

Police officers from the Special Response Unit are still conducting checks and carrying out investigations.

They have been conducting checks near Torokina Place along Sukunaivalu Road.

No arrests have been made so far.

Police are still trying to determine what caused the incident.

Residents who wished to remain anonymous have told us that there was an altercation between some boys from Sukunaivalu and Mead Road Housing yesterday.