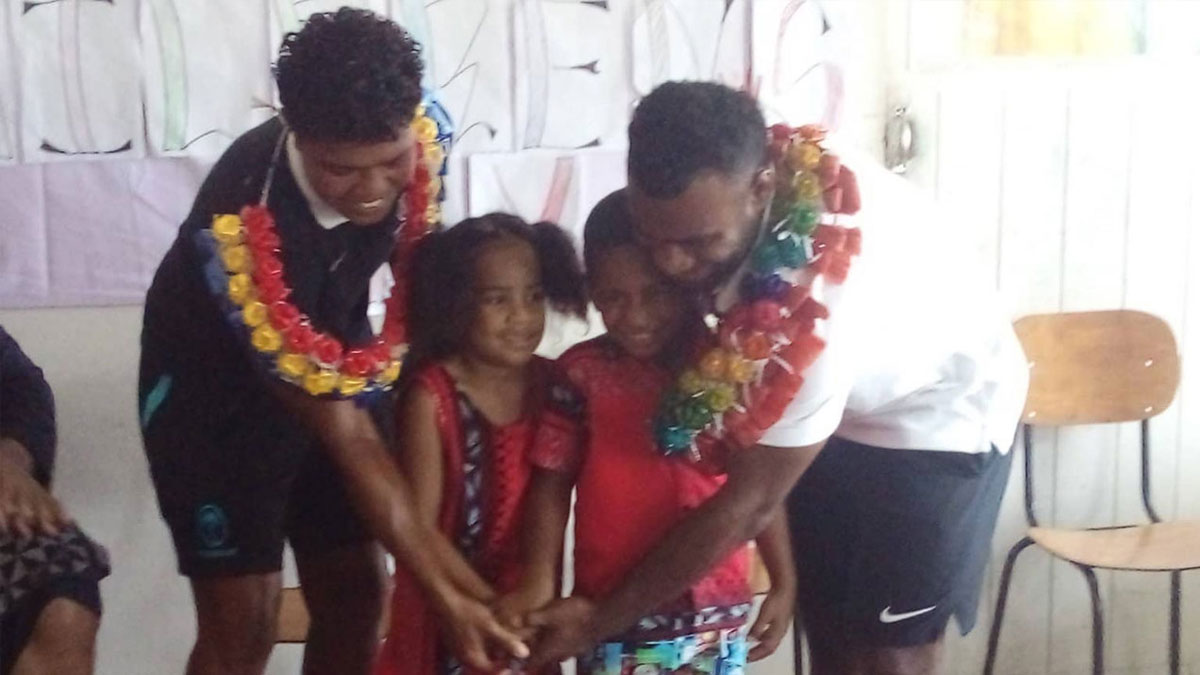 Dual Olympic Games gold medalist Jerry Tuwai and Fiji Airways Fijiana 7s skipper Rusila Nagasu are counting themselves lucky to be the special guest at the Gospel School of Deaf as they marked the International Week of Deaf People.

Around 20 children were part of the function and they lit up the atmosphere as soon as they saw the two legendary players arriving at the function this morning in Suva.

Fiji Airways Fijian 7s legend, Tuwai says there was no other way of putting smiles on the faces of the children than physically being present at the function and making them feel special.

He says he believes they should always make them feel special, not only during the week when it's dedicated to them.

Tuwai adds they are special people sent by God to be around us and it's our responsibility to take care of them and assist the kids in every way possible.

Meanwhile, Nagasau says she was blessed to be part of the celebration and did not hesitate when she was told to attend the function.

She adds she was so touched to be part of this function and was happy to see the smiles on the faces of the small children.

She says these children always portray a message to us all that nothing in life is impossible.

He says it was a humbling experience for all of them present at the function today and he wanted to appreciate these children for always supporting rugby in any way possible.

O’Connor also acknowledged the teachers, parents and all those who are involved in taking care of the people with special abilities not only in Fiji but throughout the globe.

The International Week of Deaf People will be celebrated from today until Friday.

The Permanent Secretary for the Ministry of Waterways and Environment, Mere Lakeba, says the symposium provides an opportunity for people to ... 10 minutes ago

The Minister for Employment, Productivity and Industrial Relation, Agni Deo Singh, says there were hindrances in the past regarding the Employment ... 16 minutes ago

A father and daughter duo, have enrolled for undergraduate studies at The University of the South Pacific. 47-year-old Ratu Soqosoqo says he could ... 19 minutes ago