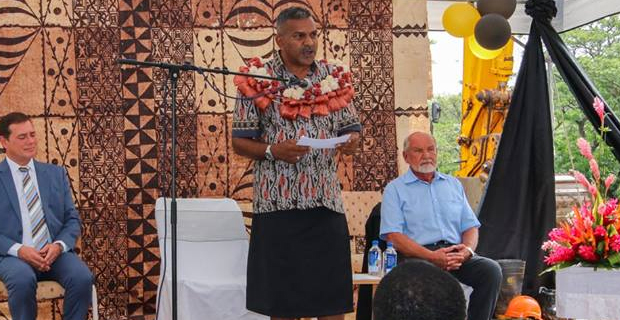 The opening of the Tuvatu Gold Mine in Sabeto, Nadi will boost the economy and livelihoods of Sabeto communities.

These were the words of Acting Prime Minister and Minister for Trade and Tourism Faiyaz Koya who officiated the ground breaking ceremony of the Tuvatu Gold Mine processing plant and new mill.

The Tuvatu Gold Mine which is owned by Lion One Limited Mines will start producing to full capacity by the second quarter of 2019.

Koya says the work will open up the Sabeto corridor, bringing in business in the area.

He says one of the plans of the government is to decentralise services and businesses which will benefit rural communities.

Koya says finances committed by the company so far has amounted to approximately  $100 million in various forms of operations such as exploration work, mine preparatory plans, environment management measures and employment of Fijian people.