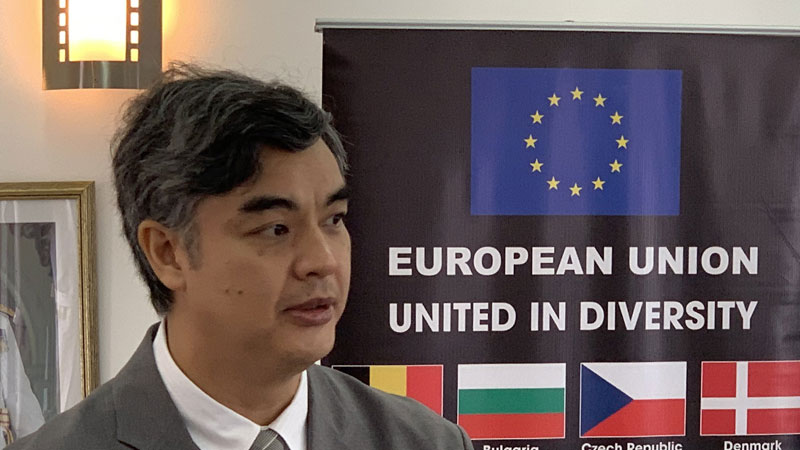 This has been highlighted by the EU Ambassador to the Pacific Sujiro Seam when questioned by Legend FM News on why Fiji is not in the list of 15 countries whose residents are now allowed to travel to EU countries.

He says this is an initial list which was established by the European Council which is revised every two weeks.

Seam says there are opportunities for other countries to be added to the list all the time based on their health and socioeconomic conditions, and the door is not closed.

He says this is also a progressive reopening of non-essential travels like tourism.

Seam says for essential travels there is a list of 11 categories of travellers with essential or special needs who are still allowed to travel to Europe.

He says these include students returning to Europe to study, health workers who come to assist in the efforts against COVID-19, diplomats and military personnel serving in the EU, seafarers, transport staff, seasonal workers, qualified professionals who’s work cannot be done from overseas, people seeking specific medical treatment in Europe and people who have imperative family reason to travel to European.

Meanwhile the European Union has decided that EU borders will be reopened to citizens from 15 non-EU countries, including Canada, Morocco and Australia, but not the US, Brazil and Russia.

China is on the list, but subject to a reciprocal agreement, still pending.

The UK and four other non-EU states - Switzerland, Iceland, Liechtenstein and Norway - are automatically included as "safe".