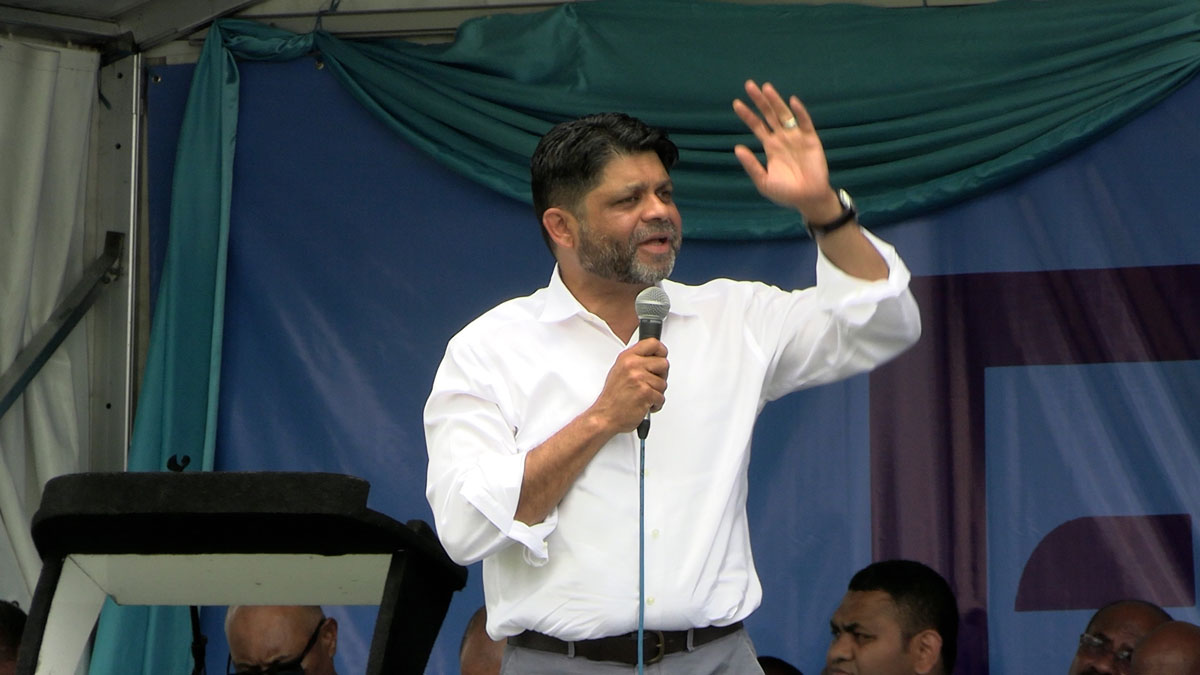 FijiFirst Party General Secretary and Minister for Housing, Aiyaz Sayed-Khaiyum says titles for residents of Waidamudamu Settlement in Nausori will be issued in the next 1 and a half month to 2 months.

Sayed-Khaiyum revealed this when a Waidamudamu resident asked him on when they will be able to receive their title which will ensure they can do maintenance and other work on their houses.

Sayed-Khaiyum says once the title is issued, the person can do whatever they want to do with their house.

He told the person that if he has waited this long, he urges the man to wait for about a month and a half.

Meanwhile a church pastor says they are staying in the settlement by their own choice and the government did not take them there.

He says the government has done the road and footpath in the area however he says they face major flooding issues that affects them during heavy rain.

He says many students and workers cannot go to school and work if their area is flooded.

The pastor says during flooding, the water is also very toxic as there is no sewer line system.

While responding to the pastor, Sayed-Khaiyum says it would be vote buying if he promises them a sewer line system.

He says he cannot say yes or no to a new initiative as he can only talk to them on what is in the budget.

Sayed-Khaiyum says if there is someone from Paapi or NFP, they can say he went and promised Waidamudamu residents a new sewer system.

The Permanent Secretary for the Ministry of Waterways and Environment, Mere Lakeba, says the symposium provides an opportunity for people to ... 1 minute ago

The Minister for Employment, Productivity and Industrial Relation, Agni Deo Singh, says there were hindrances in the past regarding the Employment ... 8 minutes ago

A father and daughter duo, have enrolled for undergraduate studies at The University of the South Pacific. 47-year-old Ratu Soqosoqo says he could ... 11 minutes ago

BSP Life has processed 95,000 payouts in Fiji last year, helping many families navigate the financial challenges posed by the aftermath of the ... 3 hours ago
More News
TOP