We do not respond to third party statements - Clark

We do not respond to third party statements - Clark 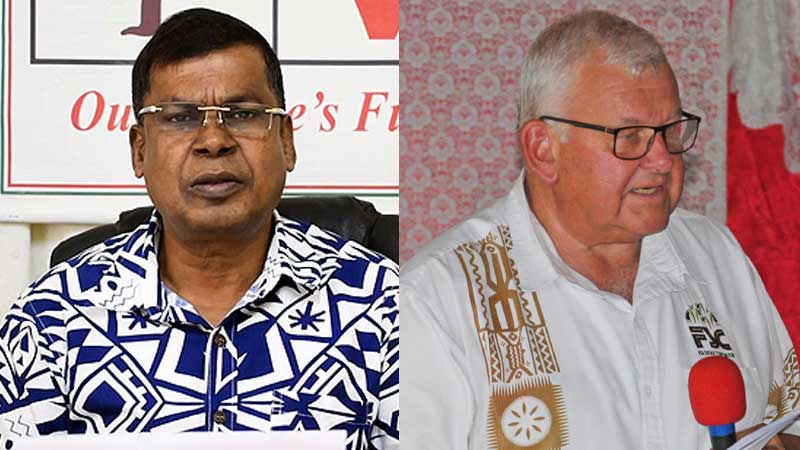 National Federation Party Leader, Professor Biman Prasad says there should not be any deduction from the second cane payment for all cane growers as they need the money to facilitate school preparations for their children and meet other expenses.

Prasad says data transfer and processing of relief for cane growers in Vanua Levu should not be used as an excuse by FSC to breach the Master Award and delay payment to growers in Viti Levu.

He says according to the Master Award, the 2nd payment shall be made in respect of each mill within five weeks of the end of crushing at that mill.

Prasad says Clark was misleading the people by not quoting the Master Award in its entirety.

He says the statement by Clark that only 50% of other authorized deductions for Vanua Levu growers from this payment will be made is not good enough.

While responding to Prasad, FSC CEO, Graham Clark says they do not respond to third party statements.

He says FSC has already announced that the second cane payment for the 2020 cane crop will be paid to all cane farmers by this Friday.

Clark had earlier said industry stakeholders had resolved to reduce cane payment deductions for Vanua Levu cane farmers by 50% in the second cane payment and that this reduction be recovered in the third cane payment for the 2020 season.

A man and his wife who sexually exploited two young girls in Nakasi two years ago, will spend 16 years and 10 months behind bars. The man and his w... 55 minutes ago
LATEST NEWS

Olivia Newton-John, the Australian singer whose voice and wholesome beauty made her one of the biggest pop stars of the '70s and charmed generations ... 3 minutes ago

Fiji has recorded 66 new COVID cases since Friday. 14 new cases were recorded on Friday, 36 cases on Saturday, 10 cases on Sunday and 6 new cases ... 48 minutes ago

5000 youths are expected to benefit from the Open Skills Training that will be provided by the Commonwealth of Learning in partnership with ... 50 minutes ago