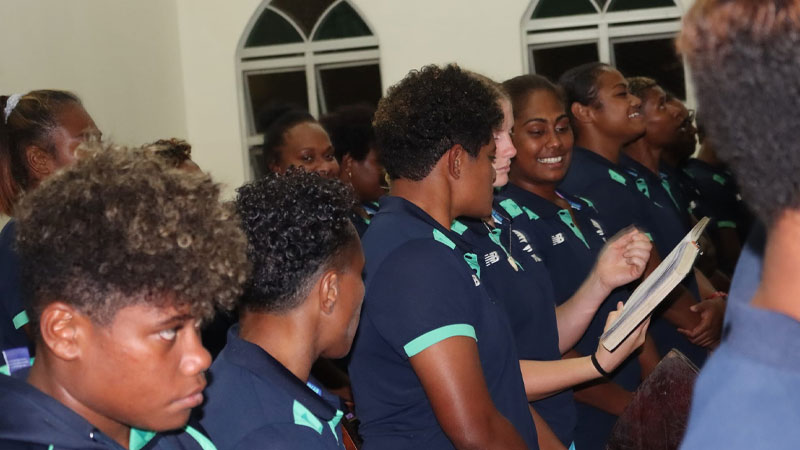 Minister for Youth and Sports, Parveen Bala has rubbished reports that the Rooster Chicken Fijiana Drua were not accorded a welcome they deserved upon their return.

While speaking in parliament, Bala says it is unfortunate that this kind of misinformation is based on lack of fact checking.

He says the CEO of the Fiji Rugby Union has told him that not only the Fijiana were received by him and the senior executives of FRU at Nadi Airport but the team and management were provided with a traditional welcome ceremony in Viseisei followed by a church service and thanksgiving dinner.

Bala says further programs have been planned which will coincide with the upcoming match between the Swire Shipping Fijian Drua and the Chiefs at Churchill Park on the 28th of this month.

This is the first time the Fijiana Drua were playing in the competition and went unbeaten.

It is only fair that the people know what is the total sum of money that the workers of Fiji have pumped into Fiji Airways, inclusive of loans and the... 13 hours ago
LATEST NEWS

The COVID-19 vaccine roll out for children aged 5 – 11 years will be announced either tonight or tomorrow morning after the launch earlier ... 13 hours ago
More News
TOP