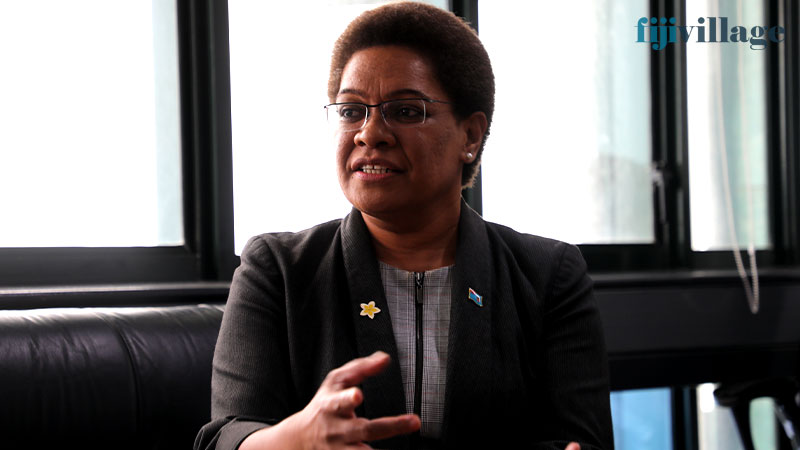 Minister for Women, Children and Poverty Alleviation, Mereseini Vuniwaqa says violence against women and children is illegal, immoral, it can never be justified and it needs to be punished and if we do not make this message loud, clear and unequivocal now, there is a risk that a generation of Fijians will grow up thinking that gender based violence is justified.

She highlighted this during the opening of the National Sports Commission Annual Conference that is also holding a consultation on the National Action Plan for violence against women and girls.

She says a report by the Fiji Women's Crisis Centre called Somebody’s Life, Everybody's Business revealed that 72% of Fijian women experienced one or more types of violence in their lifetime from their husbands or intimate partners and were beaten during their pregnancies and raped by their husbands or partners, after a physical abuse.

She says in March last year, the National Domestic Violence Helpline received 87 calls when the first case of COVID-19 was reported and 527 genuine calls were received in April.

Vuniwaqa says 66% of the callers were women, 34% were men and close to 50% of women were reporting a correlation between COVID-19 and an increase in violence, linked directly to the restrictions of movement and economic strains on families.

The Minister says the violence being reported was serious where close to three quarters of women reported physical violence, including some extremely serious forms of violence, such as being punched, kicked, hit by stones and timber.

She says last year Fiji embarked on a historic mission to develop a National Action Plan for the next five years that will explain using data and evidence what the root causes of violence against women and girls in Fiji is and what are the additional contributing factors that makes the violence more likely to happen.

Vuniwaqa has also highlighted that despite government policies and work being done by organisations for decades, statistics are rising because at the end of the day all these rules, policies and programmes will mean nothing if there is no change within the individual, change in mindsets and change of hearts.