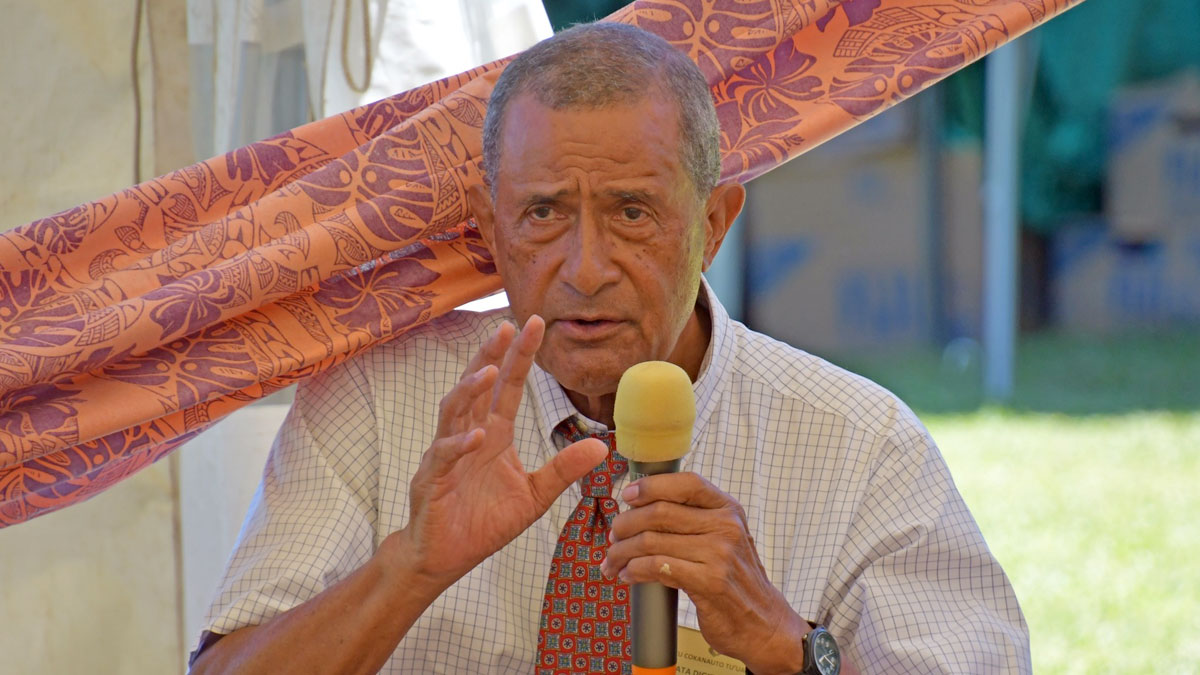 “We have been hearing stories of this water issue so many times in this council meeting and it is like an old tale as nothing is done about it”.

Those were the words of Ratu Tuakitau Cokanauto as he raised the water issue in the Tailevu Provincial Council meeting which was also opened and attended by Prime Minister, Voreqe Bainimarama.

Ratu Tuakitau says he has been a member of the Tailevu Council for about 40 years and through these years, the people of Tailevu are still facing water issues.

While responding to Ratu Tuakitau’s question, Water Authority of Fiji official, Semisi Nakavulevu says the Viria Project is still under construction and will supply water to the people of Nakelo and surrounding areas, and there are plans to install a water tank in Logani to supply water to the district of Namara.

Nakavulevu adds that the Namau Project started operating from 2020 and has been supplying water to some villages in the North of Tailevu including Burerua, Sawakasa and Nananu.

He says they are waiting for other villages from Korovou to Queen Victoria School to give their approval in order to run pipes in their villages but while waiting, WAF has been receiving complaints of no water supply.

In response, Ratu Tuakitau says they are pleased with the explanation from Nakavulevu however they need to see action rather than promises.

Meanwhile, Minister for Infrastructure, Jone Usamate says the Viria Project will solve water issues in the Northern parts of Tailevu.

Usamate adds there are two other projects that WAF is working on, one is a survey being done to get another borehole in Tubalevu, and any source of water found will supply water to the district of Namara.

He says talks have also been done with the people of Savu, Vugalei for another water project that will supply water to the people in the Northern villages of Tailevu.