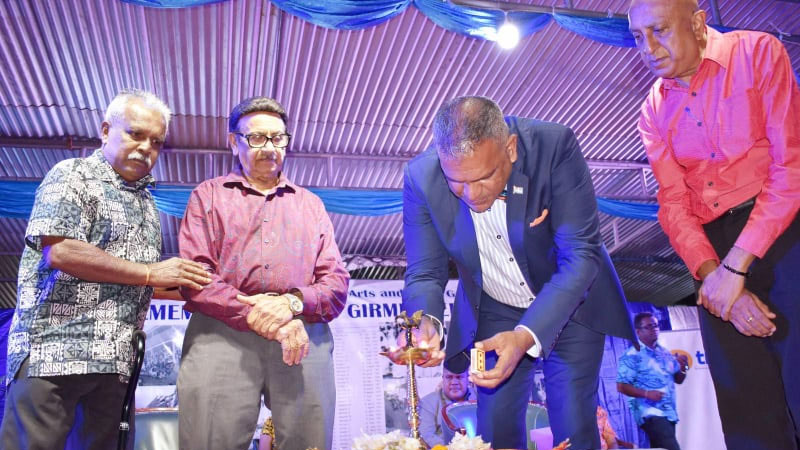 The stories of the Girmitiyas is one of the untold history of difficulties and calamity, at the same time one of the greatest periods of fortitude with resilience.

Minister for Commerce and Trade, Faiyaz Koya highlighted this while speaking at the 143rd Girmit Commemoration Program at Syria Park in Nausori.

Koya says the true tragic experience of Girmit was untold for many decades however, it was sanitised during the colonial times and post-independence.

He emphasised that the Girmitiyas were the architects of the society we live in and were a shining example of survival, solidarity, sacrifice and service to our nation.

Koya adds that the history is worth re-telling because the struggle with perseverance taught us many things.

The Minister says for many it was a decoy for a better life in a foreign land whilst others were tricked into boarding the ship without a clear direction.

He says what greeted them was the exact opposite of the promises made, inhumane conditions, nominal remuneration, corporal punishment, sexual abuse and suicide.

Koya says Girmitiyas lived through rainy days with crushing tasks at hand and the constant threat of illness and disease.

He says they suffered culture shock and loneliness, however, they prevailed, with an ambition to survive and thrive.

The Minister also says despite the hardship, the Girmitiyas survived and through hard work and dedication, they brought themselves out of abject poverty and helped build the Fijian economy.

Koya says the Fijian Government continues to uphold values through the Girmit era and have built on these.

He says we hold a common identity as a nation and we are truly blessed to be living harmoniously, irrespective of colour, religion or status.