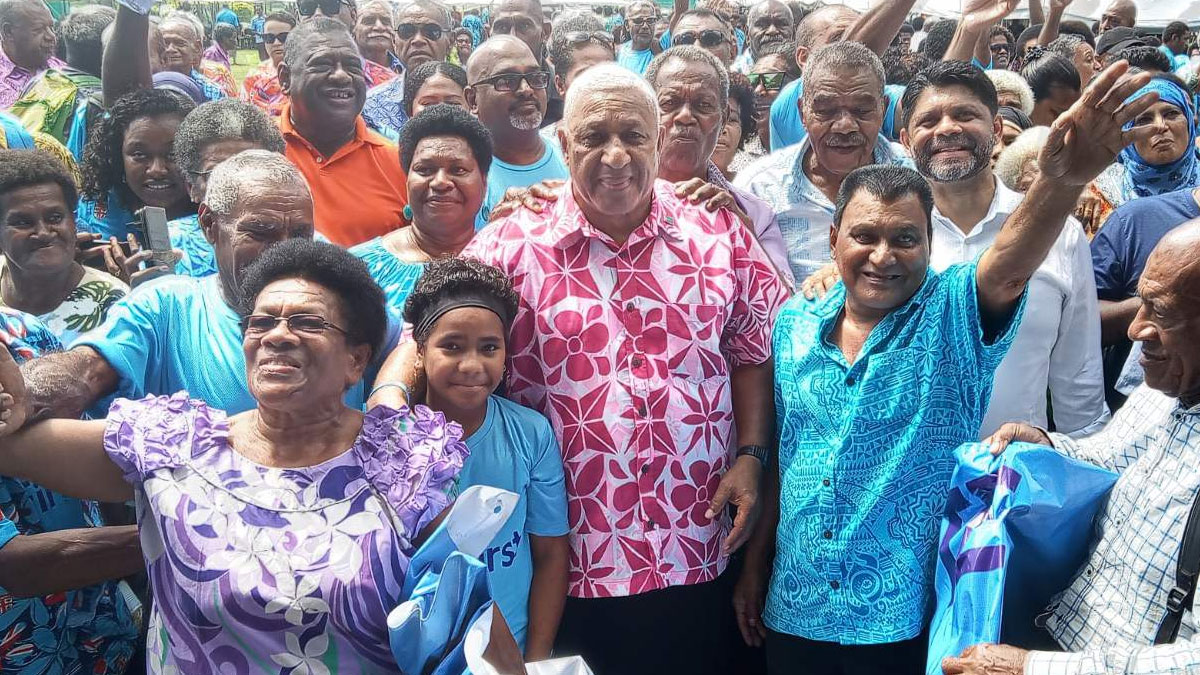 FijiFirst Leader Voreqe Bainimarama says the prosperity and security of the nation have been upheld well by the Republic of Fiji Military Forces since 2000 and some of the policies they have incorporated into the Constitution are from the plans of the military.

While speaking in the iTaukei language at a major FijiFirst rally in Nausori today, Bainimarama says they have heard that some parties have been saying that this government has been in power for 15 or 16 years because they are also including the time when the military took over.

He told the people that the military has been providing security since 2000.

Bainimarama says the military government came in to remove the racial discrimination that has been happening in previous governments.

The Prime Minister says in past leadership whenever a cyclone happens, only iTaukei homes were rebuilt, and those of other races were left out.

Bainimarama says when they came in, they wanted this to stop because other races are also citizens of Fiji.

He says the free education, free bus fare, the social welfare scheme and the busfare scheme for the elderly are part of the military plan they had set up when they decided to change the government.

The FijiFirst Leader urges everyone to have wisdom when they cast their vote on the 14th of December because the evil which was there in the past years is starting to creep up again.