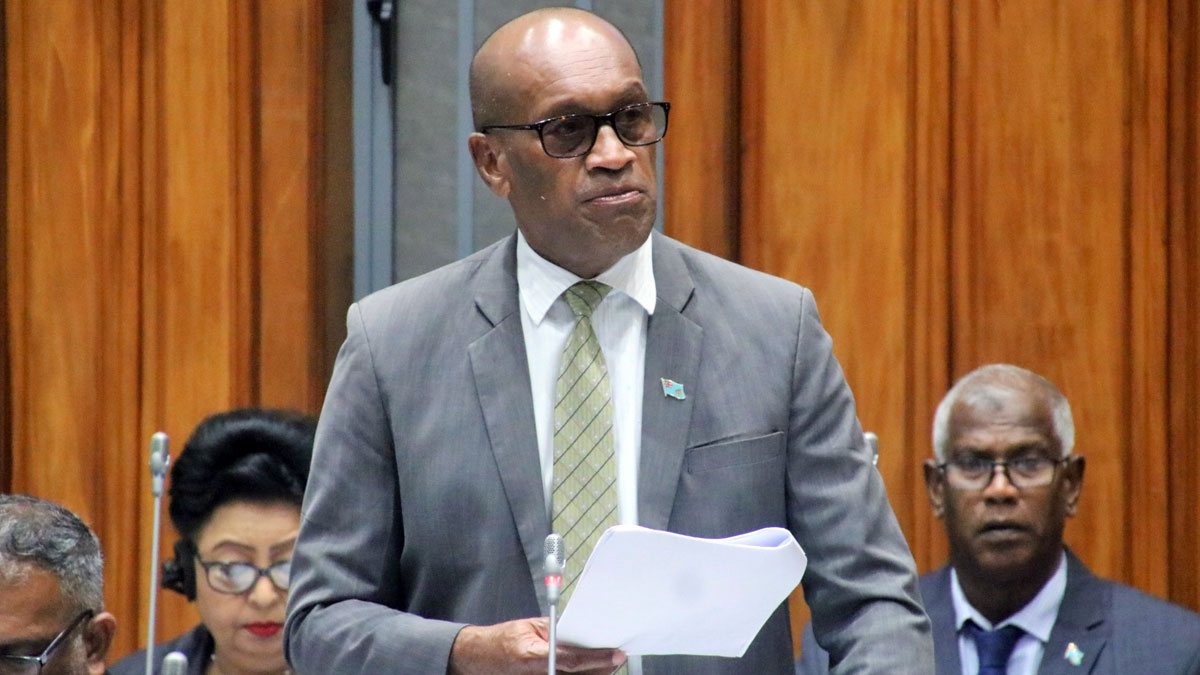 Minister of Infrastructure and Meteorological Services Jone Usamate Photo:Parliament of the Republic of Fiji

There seems nothing wrong with the definition of person in the Electoral Amendment Bill and the opposition thinks Fijians are idiots.

This was stated by Minister of Infrastructure and Meteorological Services Jone Usamate who says it is incredible to hear the type of rubbish being said in parliament by the opposition.

While supporting the motion to urgently debate and vote on the Electoral Amendment Bill tomorrow, Usamate says the opposition is telling Fijians there is no accountability of what they will portray and promise to the voters in the next general elections.

Usamate adds the aim is to eliminate any contravention associated with that.

Parliament will debate the Electoral Amendment Bill tomorrow which proposes that the Supervisor of Elections be given powers necessary to carry out his or her functions under the Act, including the power to direct a person, by notice in writing, to furnish any relevant information or document.

Clause 2 of the Bill amends section 2 of the Electoral Act by redefining the term “person” to mean a natural or legal person and includes a company, association or body of person, whether corporate or unincorporated, government department, nongovernmental organisation, statutory authority or any other entity.

While tabling the Bill in parliament under Parliamentary Standing Order 51 for the proposed law to be debated on and passed without delay this week, Attorney General, Aiyaz Sayed-Khaiyum says there are various provisions of the Act that refer to ‘person’ however, it is necessary to clarify that ‘person’ does not only mean a natural person but also a legal person so as to extend the application of the provisions to incorporated, unincorporated as well as other entities.

He says this definition will also be useful in determining any contravention of the Act.