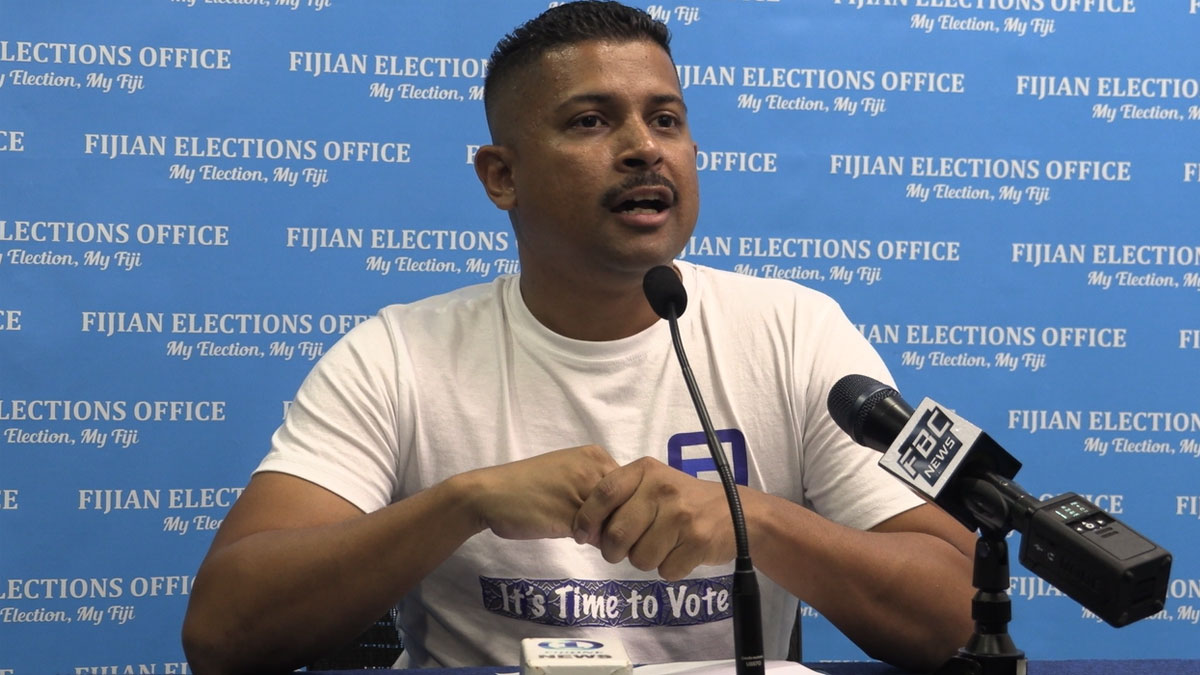 Out of the 23,000 expected postal vote applications, only 4,303 have been received by the Fijian Elections Office.

He says they have received a total of 4,303 postal vote applications and 4,246 applications have been approved.

He adds 57 applications are in process and 901 packages have been packed while 2 people have voted.

Saneem says the number of postal applications that they have received locally is a worry.

He says the expected numbers that they had from their entire year of stakeholder consultation awareness is 854 from the business sector, 845 from the communications sector and 4,425 from essential services.

He says the roundabout number of people that they expect to apply for postal votes is around 23,000 people.

This is because the FEO went around individually to every business, house, hotel and facility that was going to be operational during the public holiday on election day and conducted awareness sessions with them.

Saneem says with three days to go all the bus companies that will be providing services on election day under the public transport arrangements that they have made with the FEO must ensure the drivers and the backup staff on that day apply for a postal ballot and this is mandatory.

He adds the drivers must apply for a postal ballot unless they decide not to vote, which would not be an ideal situation.

He says on election day when they are providing services through the bus they will not be able to get off until they have completed their schedule and the drivers will probably miss out on voting.

The SOE says there are a lot of restaurants around Fiji that will be operating on the public holiday and the staff can apply for a postal ballot in a batch that will be dispersed in a batch to them and they don't have to worry about it not reaching them.

Saneem adds they went to every hotel in Fiji and informed them that they should apply for a postal ballot because, on election day, they might not be able to release all their staff at once to go and vote.

He says the number that the FEO has received so far is not very encouraging and 14 applications have been received from the hotel environment.

Saneem says the Fijian Elections Office has accredited 360 media personnel who are local media and that means they anticipate 360 individuals will be working on election day.

He adds they have received only 60 applications which means that a good 300 media personnel in Fiji have not applied for a postal ballot yet.

He says if you are in the media field and will be working on election day, you must apply for a postal ballot and you have three days to go.

Close to a ton of marijuana that was uprooted from 7 farms in Kadavu were destroyed in accordance with approved court destruction orders. Chief ... 39 minutes ago