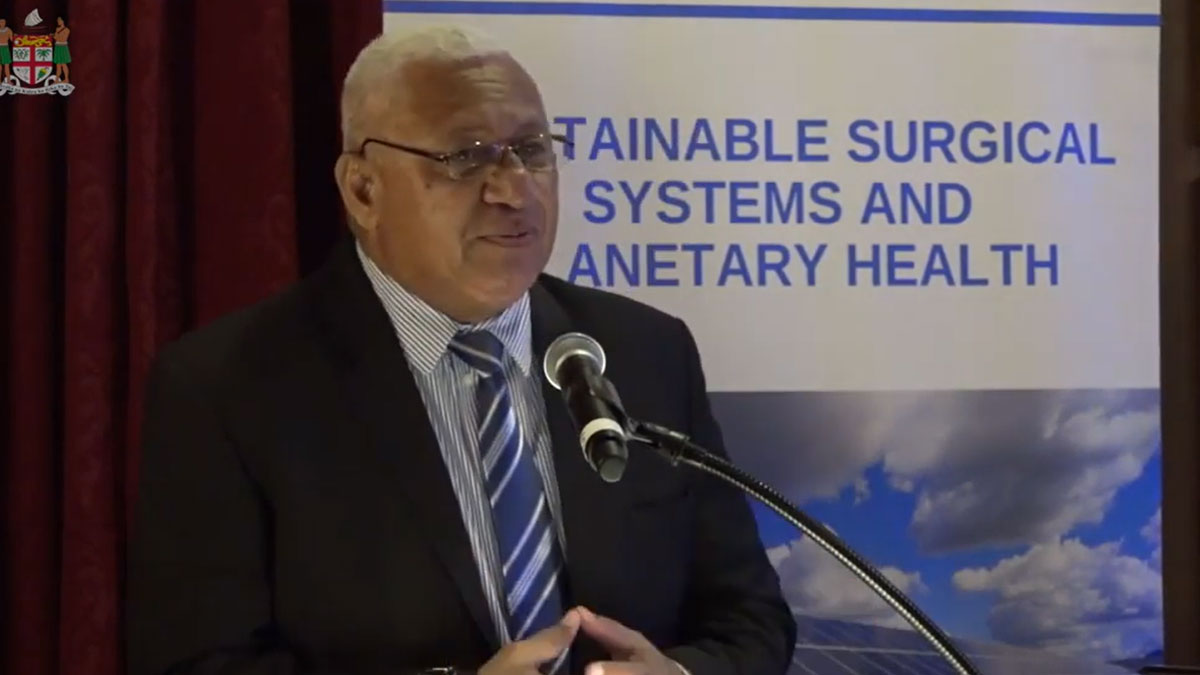 The newly-upgraded Aspen Hospital in Lautoka will make cardiac surgeries available in Fiji 24 hours for the first time in history, thanks to a partnership with the Australian healthcare company Aspen Medical.

This was stated by Prime Minister, Voreqe Bainimarama while speaking in the Sustainable Surgical Systems and Planetary Health event at the Harvard Club in New York.

Bainimarama also echoed the call of the World Health Organisation to support our nations in overcoming our challenges of scale, geography, and increasing vulnerability to climate change.

He says he is not a doctor but he does not need a medical degree to diagnose the deteriorating health of the planet.

He also says five Pacific Island countries make up the top 15 nations most at risk of disasters globally and in Fiji six communities have been relocated to escape the rise in sea levels.

He adds there are over 40 more in the queue to be followed.

The event which is co-hosted by Harvard Global Surgery and Smile Train also aims to promote, among other important things, investment in the sustainable scale-up of surgical and anaesthesia care globally.

Police have assured fans and family members who will attend the Vodafone Super Deans final in Lautoka that all efforts are being directed to ensure ... 35 minutes ago