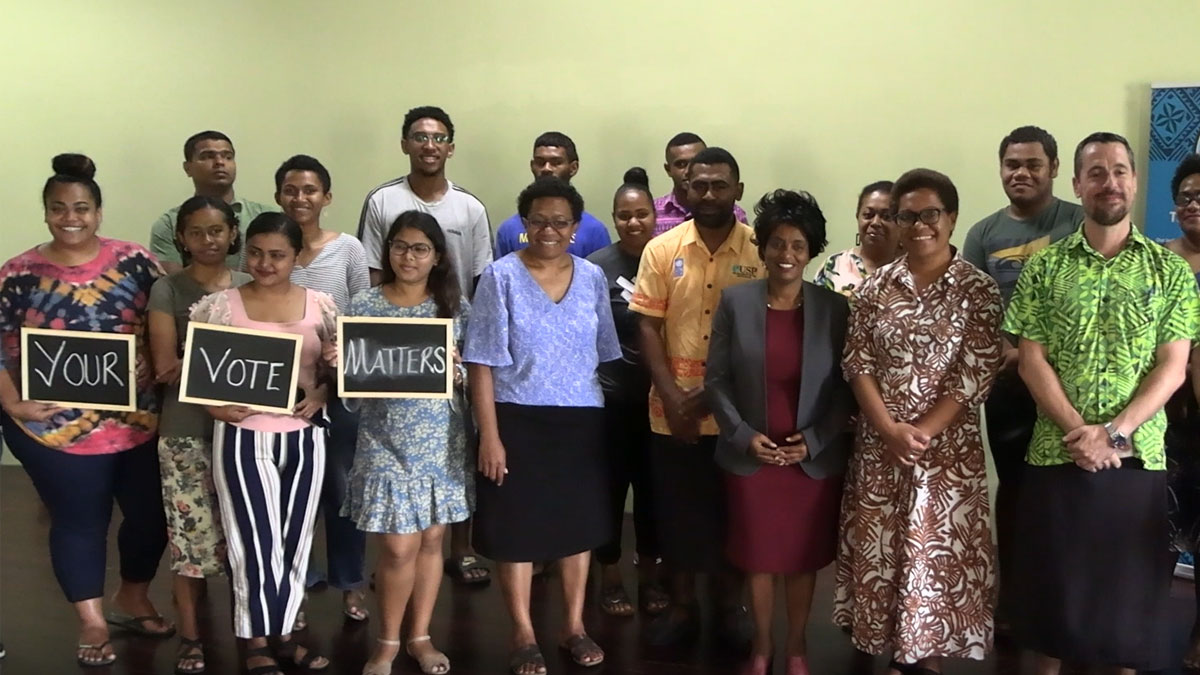 Some of the participants who were part of the Your Vote Matters Project hosted by the University of the South Pacific.

The voter turnout survey which was carried out after the 2018 general elections found the age group of 21 to 30 years old constituted the highest percentage of registered voters for any age group but they had the lowest turnout.

While speaking at the Your Vote Matters Project hosted by the University of the South Pacific, The Pacific Community Principal Strategic Lead and former Minister for Women, Mereseini Rakuita says this is also the highest age co-hort for USP students right now and it was also this age group from 21 to 30 years that recorded the lowest voter turnout in 2018.

Rakuita says every four years, every Fijian who is 18 years old or older, has the unique opportunity to have a say on who will govern us for the next four years.

She further says women participating in elections is not an issue, the issue is women representation in Parliament.

Meanwhile, UNDP Deputy Resident Representative, Yemesrach Workie says it is significant to focus on youth and young voters who are the main target of this project.

She says these projects in partnership with the USP Students Association are about harnessing that demographic dividend and encouraging young people to be active citizens in democratic processes in engagement.

She adds this workshop in the Central Division targets young voter participation and engagement by ensuring their voices are heard through interactive sessions on the basic human right and vote right to engage all women and girls.