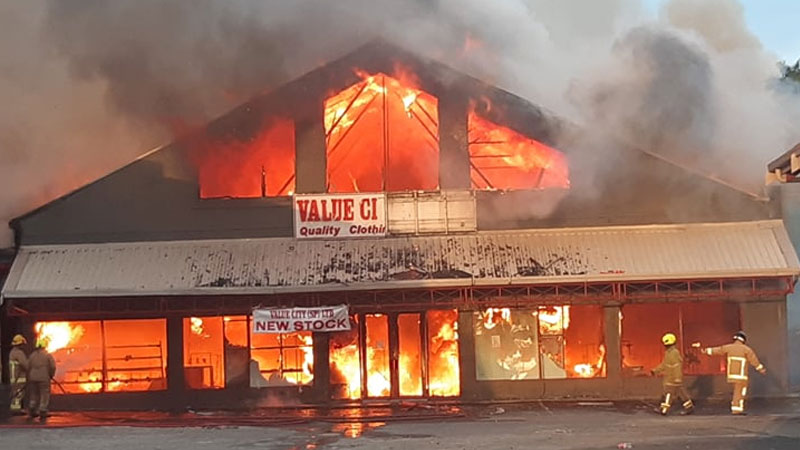 Firefighters have contained the fire that has destroyed Value City and parts of Suva Flea Market at Rodwell Road in Suva City.

The National Fire Authority the firefighters are now putting out hot spots.

They say restaurants and some businesses with the Suva Flea Market have been destroyed.

NFA says four fire trucks from Suva, Valelevu and Nakasi fire stations and a tanker were at the scene.

Earlier this afternoon, firefighters were trying to control a fire from spreading from Value City at about 5pm.

The surrounding areas were cordoned off.