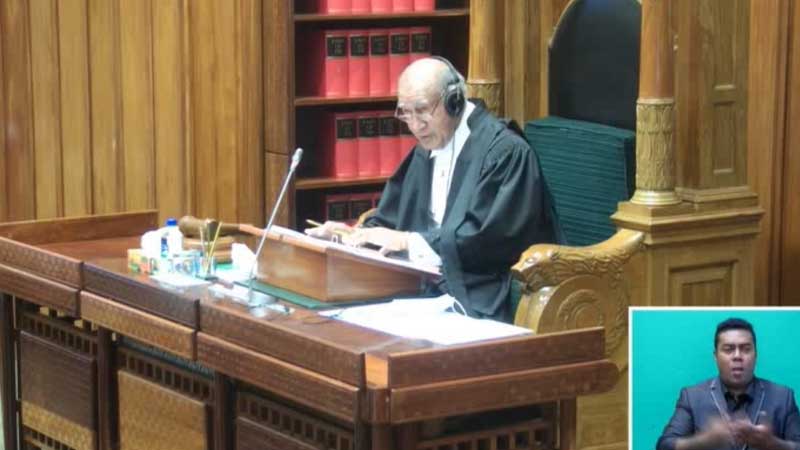 Speaker of Parliament, Ratu Epeli Nailatikau stresses it is important to note that the parliamentary business committee will have the final say in all business that will be dealt with in the parliament sittings.

Ratu Epeli says there have been claims circulating on social media, television, radio and newspapers and is an insinuation against the Office of the Speaker and the secretariat.

He says the actions of the Speaker and the secretariat are always in accordance with the standing orders of the parliament.

Ratu Epeli says when questions and motions are submitted, the secretariat conducts an extensive vetting process in accordance with the provisions of the standing orders and this also involves continuous consultation with respective parties represented in parliament.

He says the speaker is also involved in this process and it is important to note that during the vetting process, questions and motions which do not meet the requirements stipulated in the standing orders as well as previous decisions of the parliamentary business committee are ruled out of order and they would not appear in the order paper.

Ratu Epeli told parliamentarians that when this process is concluded, the questions and motions are then further put before the business committee for final consideration.