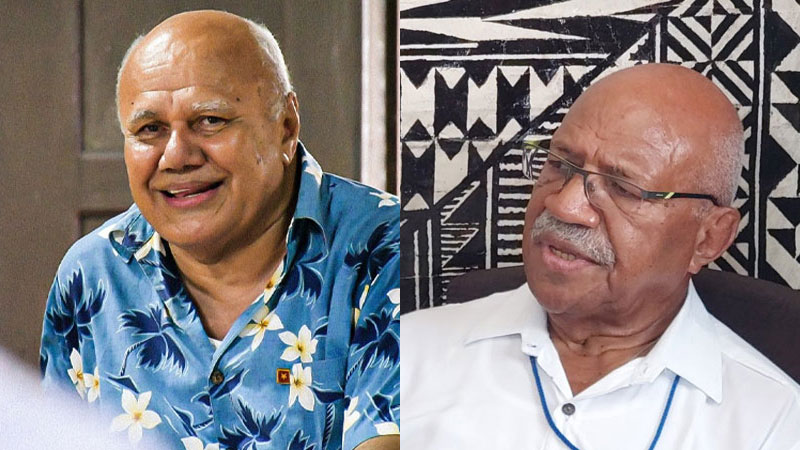 SODELPA Leader Viliame Gavoka says their party leader in 2018 campaigned against some former parliamentarians on their own turf and that was why they were left out, however the former SODELPA Leader and the current leader of People’s Alliance, Sitiveni Rabuka says the fact that he received more votes in Nadroga than Gavoka only shows the preferences of the Nadroga voters.

Gavoka says they are very pleased that some former parliamentarians applied for their candidacy for the 2022 general election as they are people of strong profile and are very experience.

He says these parliamentarians did not make it in 2018 because of the morals that was used back then and there was also a mix of turf control and superstar.

Sitiveni Rabuka says they campaigned for the Party in all allocated Constituencies and he made it clear to those attending the campaign meetings he went to, who were the party candidates for those areas.

He says he went with Gavoka to some Nadroga meetings and asked for the Nadroga voters to vote for Gavoka and Inosi Kuridrani.

Rabuka says he also told them that they were still free to vote for the candidate of their choice, as long as the candidate was from the party.

He says he did the same in the Lami area for Mere Samisoni. Rabuka says Samisoni was present during those campaign meetings, and the message was the same but he received more votes than she did.

Rabuka says he did not deliberately ask the voters to vote for him rather than the local candidates.

He adds some areas in Cakaudrove were earmarked as his primary voter base but other candidates from other areas of Fiji scored votes in his primary base.

He says that is the nature of the system.