The President’s speech is heavily political and threatening - Nawaikula

The President’s speech is heavily political and threatening - Nawaikula 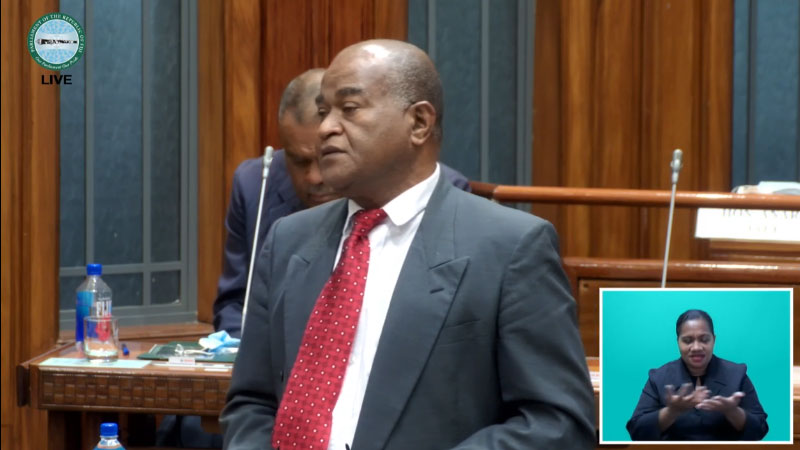 SODELPA MP Niko Nawaikula says he is extremely worried about the President’s speech as it lacks substance, it is incomplete and it does not tell us the Government’s coordinated plans.

Nawaikula says it is worrying because instead of being impartial, the speech is heavily political and threatening.

He says he has seen many speeches like this in parliament and usually it has every single department and ministry expressed in the speech but not the current President’s speech.

Nawaikula says there are many reasons why the indigenous people of Fiji will never accept the 2013 Constitution.

He says for the iTaukei, the constitution must guarantee ethnicity and cultural autonomy which is not in the 2013 constitution.

Nawaikula says there is a way to resolve all these without a coup, and this is through a constitutional review.

He says in his personal opinion, Dr Brij Lal is the best qualified person to do the review.

He also highlighted that COVID-19 in whatever strain whether Delta or Omicron remains a threat because we cannot trust Government protocols.

Nawaikula says he does not agree with the President stating when he stated the “It took political wisdom and diplomatic acumen to secure these vaccines, it took the administrative will to incentivise their use, it took sacrifice from our front liners to deploy them quickly and good sense from our people to embrace them.”

He says the whole reason why Fiji has benefitted was because of the goodwill of overseas friends.

Nawaikula says Fiji has shown very well that it does not have the capacity or urgency to implement a protocol that can work, this is because the Delta variant was spread by the protocol officers themselves.

He says we must be cautious and not hurry to open borders and businesses unless we can prove that our current protocol can work.