The Chinese film beating Bond and Marvel at the box office

The Chinese film beating Bond and Marvel at the box office 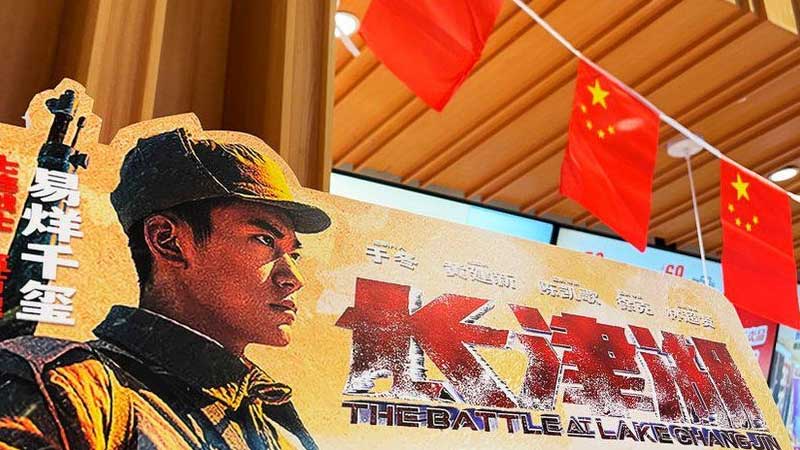 The biggest movie in the world right now is not the latest Bond film No Time To Die or even Marvel's Shang-Chi and the Legend of the Ten Rings.

It's a Chinese propaganda film about the 1950s Korean War, centred on a story of Chinese soldiers defeating American troops despite great odds.

BBC News reports in just two weeks since its release, The Battle at Lake Changjin has made over $US633m at the box office.

This puts it far ahead of Shang-Chi's global earnings of $402m, and in just half the time.

It is set to become China's highest-grossing film ever.

Its success is good news for China's pandemic-affected film sector as Covid forced cinemas to shut and reopen multiple times.