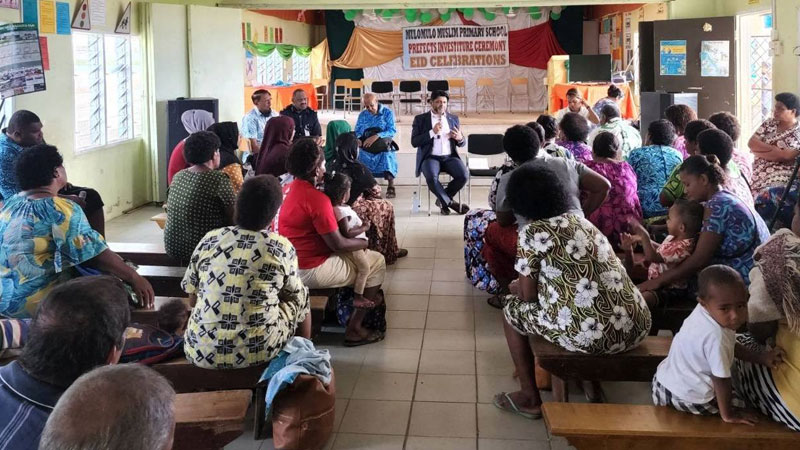 Attorney General Aiyaz Sayed-Khaiyum says teachers have a very important responsibility because they can have an enormous influence in what a child will turn out to be when they grow up.

While speaking at the prefect induction at the Mulomulo Primary School today, Sayed-Khaiyum says the early years of learning has a huge impact on a child.

The Attorney General highlighted that he has always said that he would never want to become a primary school teacher because of the huge responsibility.

He says young children are like sponges and they will soak anything around them.

Sayed-Khaiyum says it is important to ensure that when we are around children, we behave in a manner so that children pick up good habits and principles.

He says young people will become leaders in the blink of an eye and it is important for adults to be able to respect these young people and share our knowledge with them.

Sayed-Khaiyum says if we are able to do that then we will create a better and improved Fiji.