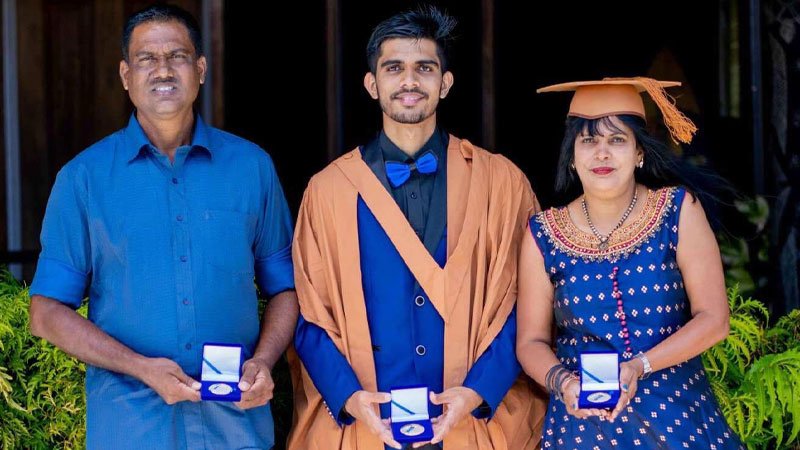 A young Tavua man who travelled to Suva for the first time to pursue his university education in 2018 has won three gold medals at the University of the South Pacific.

Shivneel Chandra who is a National Toppers Scholarship recipient says he came to Suva for the first time three years ago for USP’s orientation programme and experienced a major culture shock because he comes from a farming background and everything was different in Suva compared to the rural lifestyle in Tavua.

While sharing his challenges, Chandra says they did not have electricity after Cyclone Winston for about seven months and he studied using candles, solar lights and a kerosene lamp with the determination to pass his Year 13 external exam with good marks to get a scholarship.

He adds he aimed for a Toppers Scholarship and studied late at night because the cost of achieving tertiary education is high and his parents would not have been able to afford it.

Chandra says he draws inspiration from his mother who taught him to never give up. The 22-year-old is advising students to respect the opportunity to pursue tertiary education and the sacrifices made by their parents.

The triple gold medalist says he is the first in his family and the first Balata College student who has won three gold medals at a university.

Chandra studied Bachelor of Commerce and Information Systems and is currently working as a graduate assistant at USP.

Chandra has thanked his parents, teachers and friends for their continued guidance and support.