Tabu back for Fiji at the London 7s

Tabu back for Fiji at the London 7s 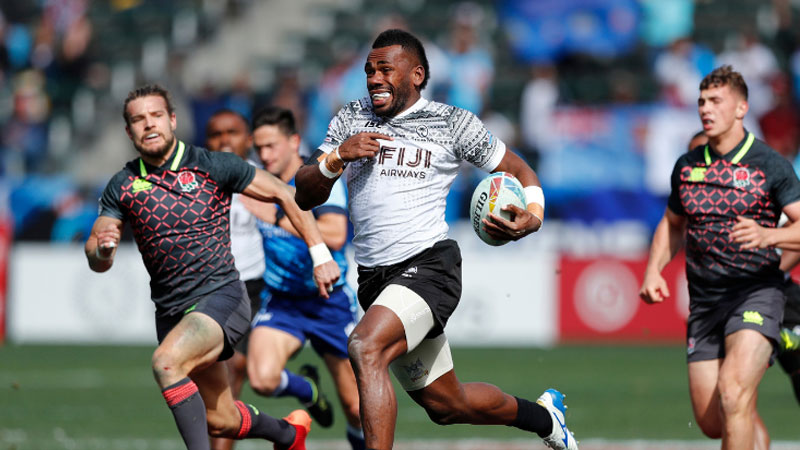 Kavekini Tabu will make his return to the international 7s arena for the Fiji Airways men’s national 7s team in the London 7s tonight.

Coach Ben Gollings has brought in the 27-year-old to boost the forwards while brother Sevuloni Mocenacagi and Joseva Talacolo have been rested.

Tabu was one of the travelling reserves for Fiji to the 2020 Tokyo Olympic Games and played in the Top 14 competition under La Rochelle as a medical joker earlier this year.

Jeremaia Matana will be the 14th man this week after being rested in the Toulouse 7s last week.

Fiji open their London 7s campaign against Wales at 10 tonight.

The Cup quarterfinals start at 10.20pm tomorrow, the Cup semi-finals will begin from 1.53 am Monday and the Cup final will start at 4.58am Monday.