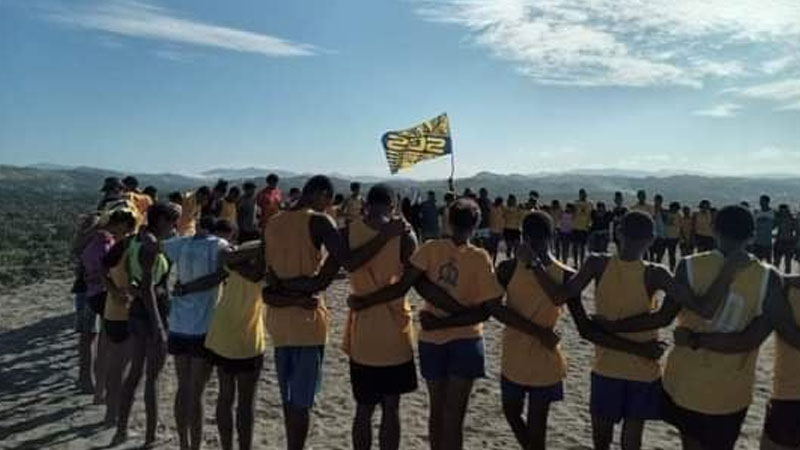 Members of the Coral Coast Grammarians Old Scholars Association took their time out to train athletes of Suva Grammar School at the sand dunes in Sigatoka on Saturday.

Association’s member and former Flying Fijian, Tiko Matawalu says they have been providing such assistance to schools who visit the sand dunes for preparations.

Matawalu says Jone Delai and Navitalai Waiwalu handled the team’s training at the sand dunes and the Association provided off the field support.

He says they cannot be in Suva to show their support to the athletes but when they come over to Sigatoka, the Association assists them with the preparation.

He adds with the quality of athletes Suva Grammar School has this year, they will be one of the schools to watch in this year's Coca Cola Games.

The Coca Cola Games will be held from the 22nd to the 24th of April.

A 24-year-old man who was captured on video punching another man several times at a worksite in Navua last week has been charged with one count of ... 5 minutes ago

Health Ministry’s Permanent Secretary says schools will remain closed. While responding to a question about the reopening of schools, Dr James ... 16 minutes ago