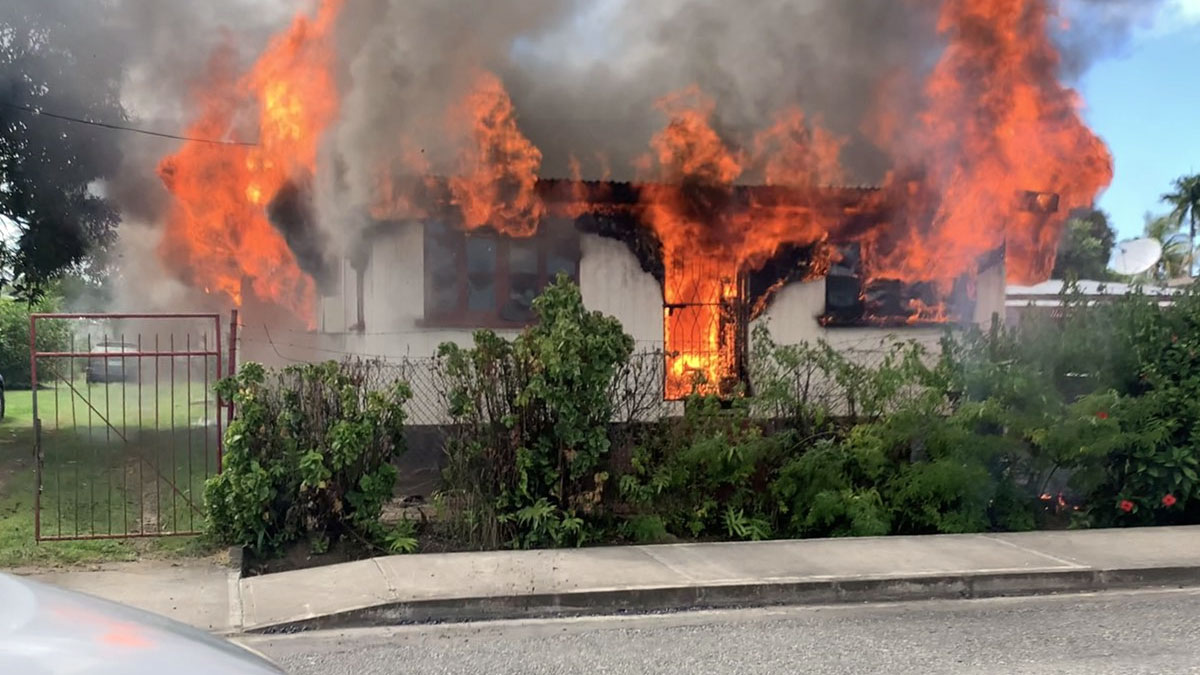 The National Fire Authority says investigations reveal that a visitor was lighting the stove to boil tea when a suspected gas leak caused the house fire at Fletcher Road in Vatuwaqa.

NFA says the owner of the house was at work while his father was home with visitors from overseas.

The 3 bedroom wooden house was destroyed in the fire.

NFA says the Suva Fire Station was alerted about the fire at 9.45am and the team was able to respond immediately. However, upon arrival at the scene the house was fully engulfed in flames.

Firefighters were able to extinguish the fire to stop the spread to other buildings and houses.

NFA Chief Executive Officer, Puamau Sowane says fire safety is crucial for everyone and people need to take extra precautions in their homes.

He says the number of residential fires has gone up recently and it is a great concern to NFA.