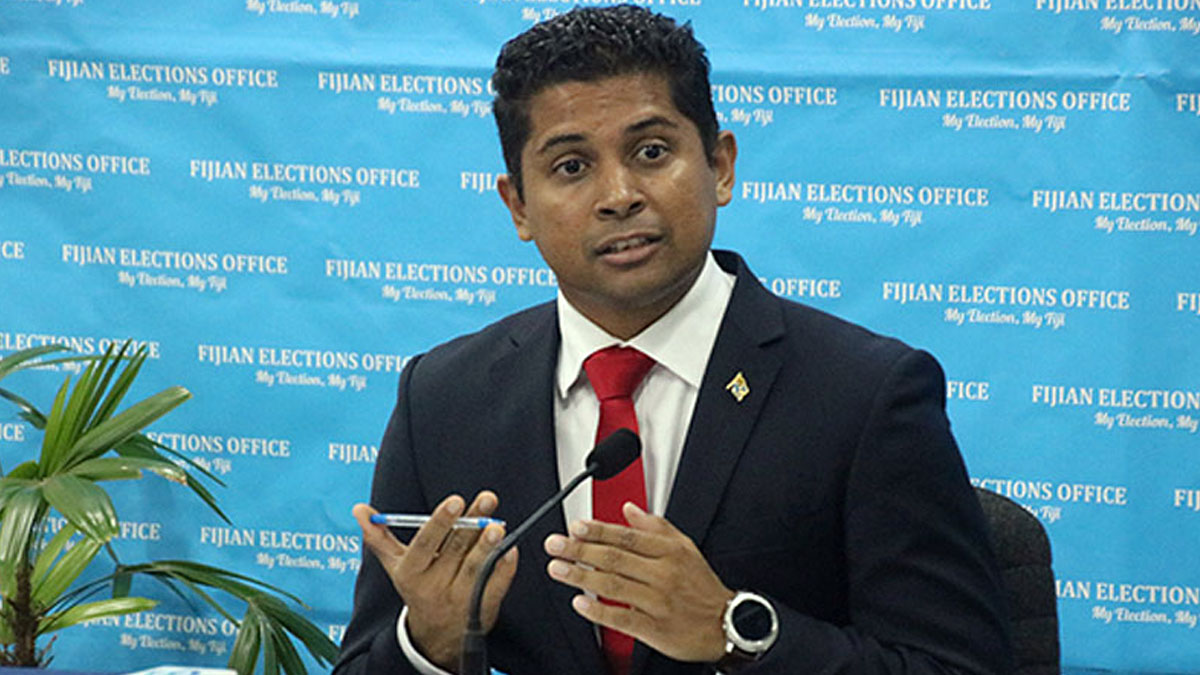 The matter where Fiji Labour Party representative, Haroon Ali Shah had made comments in relation to tender procurement practices of the government at a Fiji Labour Party rally, has been referred to FICAC by the Supervisor of Elections, Mohammed Saneem.

According to the Fijian Elections Office, Saneem had issued a notice to Shah last week to correct the statement.

The FEO says Saneem had forwarded Shah with direct clarifications from the Government Tender Board sighting various laws and processes which sufficiently proves that Shah’s statement was false.

It says Saneem had given Shah a deadline to comply and he failed to do so and as such the breach has now been referred to FICAC for its necessary actions.

Saneem says this incident shows a flagrant disregard for electoral laws and also shows the lack of internal controls within the Fiji Labour Party and its representatives. He adds to date, the party which is also apprised of the accuracy of the facts in relation to the issue, has not made any clarifications as well and this is appalling.

Shah had told fijivillage that he stands by his statements regarding the government tender processes.

We had also sought comments from FLP Leader, Mahendra Chaudhry who referred all comments to Shah.