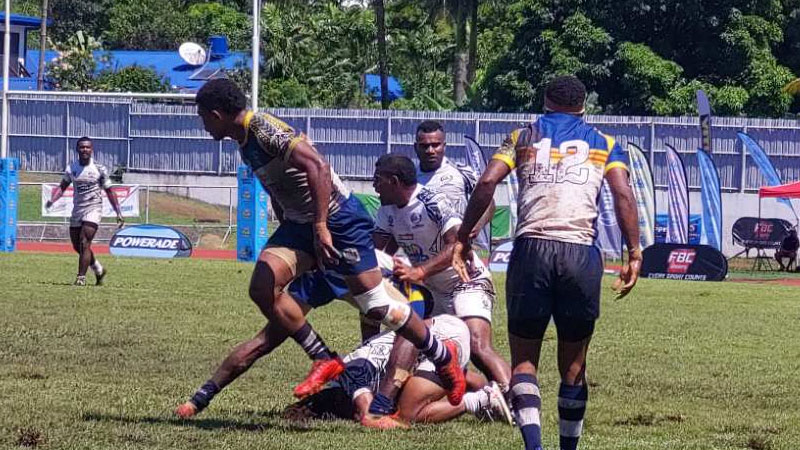 Jerry Tuwai set up both the tries for the Barbarians.

Barbarians got their first try to national 7s rep Manueli Maisamoa after receiving an offload from Tuwai's quick tap in the first half.

Metuisela Bogitini scored Barbarians second try in the second half as Dominion Brothers had a player in the sin bin.

Barbarians lost their first game to Police Blue 21-12 and will have to win their final pool game against Island Magic Daveta at 4:50pm today to qualify for the cup quarter finals tomorrow.