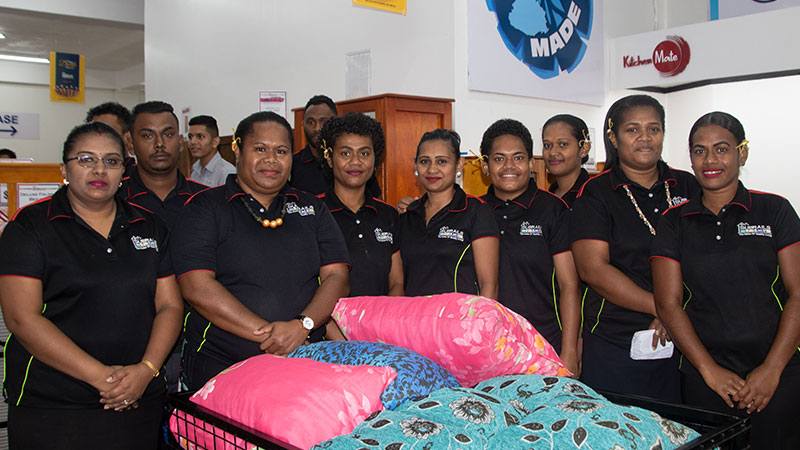 Managing Director, Shiva Gounder says like everyone else, the company too has been impacted by COVID-19, however they have learnt to adapt to the times and he is happy to announce that the new branch has provided an additional 12 jobs.

Gounder says an investment of $70,000 was put into the new branch which provides a wide range of tier 2 products that are not featured in other smaller branches.

Permanent Secretary of the Ministry of Commerce, Trade, Tourism and Transport, Shaheen Ali congratulated the Subrails team saying the company is a perfect example of what Fijian Made represents.

Ali also applauds the company in moving towards clean energy by cutting carbon emissions and introducing solar power into the manufacturing sector of the company.

The family-run business has been in operation for 32 years and has over 250 employees in manufacturing and retail.

They have outlets in all major towns and cities from Rakiraki to Nausori with plans of opening a branch in Labasa.

Religious liberty, as recognized in the Bill of Rights is a founding principle of our Fijian Constitution and as a secular state, we as Fijians are ... 12 minutes ago