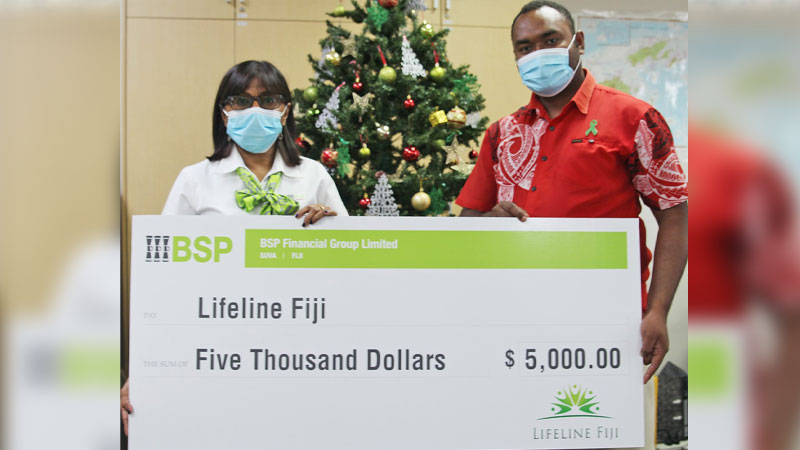 Lifeline Fiji Team Leader, Jeremaia Merekula says the pandemic, including the lockdown and isolation period was a big contributor for suicide cases and during this festive season, the level of risk also increases.

Merekula says they are appealing to families, friends and communities to stay tuned to the emotional needs of those around them.

According to Lifeline Fiji statistics, 59 suicide cases were recorded this year.

Merekula says 70% of those who committed suicides were aged 17 and over making them the most at-risk segment.

The Lifeline Fiji 1543 toll free line receives an average of 170 calls per month.

He says this year, their counsellors have managed to prevent suicides through collaborative efforts with partner organisations such as Youth Champs 4 Mental Health, Psychiatric Survivors Association and others.

BSP Country Head Haroon Ali commended Lifeline Fiji for the immense role it plays in assisting individuals at risk of suicide via its toll-free line 1543.

BSP has supported Lifeline Fiji since 2016.