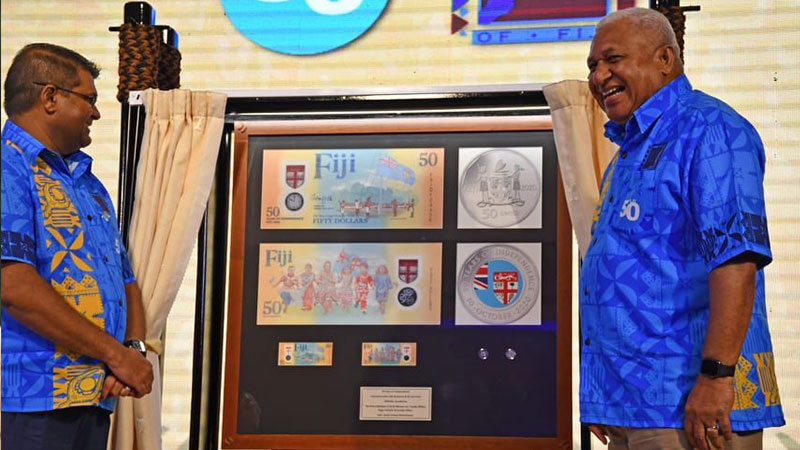 Governor of the Reserve Bank of Fiji Ariff Ali and Prime Minister Voreqe Bainimarama at the unveiling of the Special Fiji 50 coins and banknotes.

Every child from Year 1 to 13 will be receiving a specially packaged Fiji-50 cents coin each starting from today.

This was highlighted by Prime Minister Voreqe Bainimarama during the unveiling of Fiji's 50 years of Independence Commemorative $50 banknote and 50 cents coin at the Grand Pacific Hotel.

Bainimarama says the package will be given to students so that every Fijian boy and girl remember this Fiji Day for the rest of their lives.

He says the Reserve Bank, in coordination with the Ministry of Education will work to distribute commemorative coins to all schools over the next few weeks.

He adds that he hopes that these coins find a special place in the lives of Fijian children everywhere, sitting cherished on bookshelves, or stored among their prized possessions.

Meanwhile, Governor of the Reserve Bank of Fiji Ariff Ali says over the years, the structure of our banknotes and coins has continued to evolve in line with the changing transaction patterns, customers' demand and security standards.

Ali says the commemorative currencies first took shape three years ago and while the new coin was clear, simple and finalised promptly, it took more than a year of meetings for the banknote design to be completed.

He says the final design and other technical characteristics of the currencies were approved by the Board of the Reserve Bank of Fiji in May 2019.

The Governor adds the new notes and coins will be in distribution from today and they will be a legal tender just like any other circulated banknote or coin.

The front of the banknote predominantly features the first raising of our beloved Fiji flag at Albert Park on 10th October 1970 depicting the birth of Fiji as an independent nation. 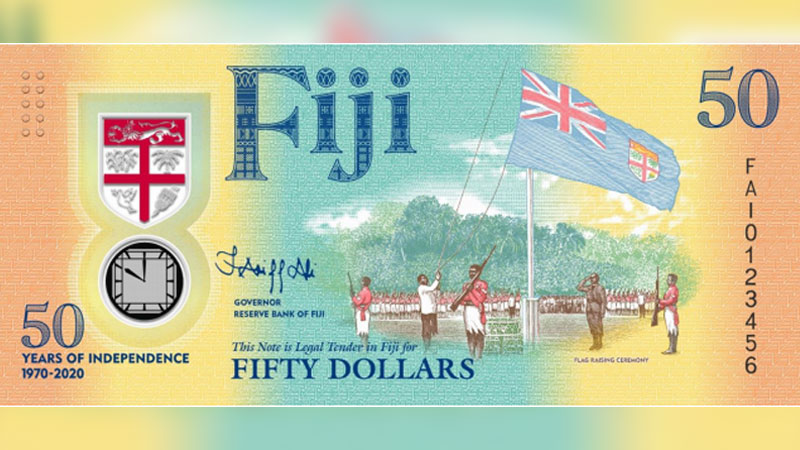 The government building clock is also depicted chiming 10 o’clock, precisely the time when the new flag was raised to the mast-head.

The Fijian shield is depicted along with the signature of the Governor of the Reserve Bank of Fiji towards the left of the banknote.

They have also used a clear window with the image of the Fiji shield that can be seen both from the front and back of the banknote, a feature that looks spectacular on the banknote.

There are also colour changing elements around the shield and clock which can be viewed upon tilting.

The reverse of the banknote features Fijian children from various ethnic backgrounds moving together waving the nation’s flag. 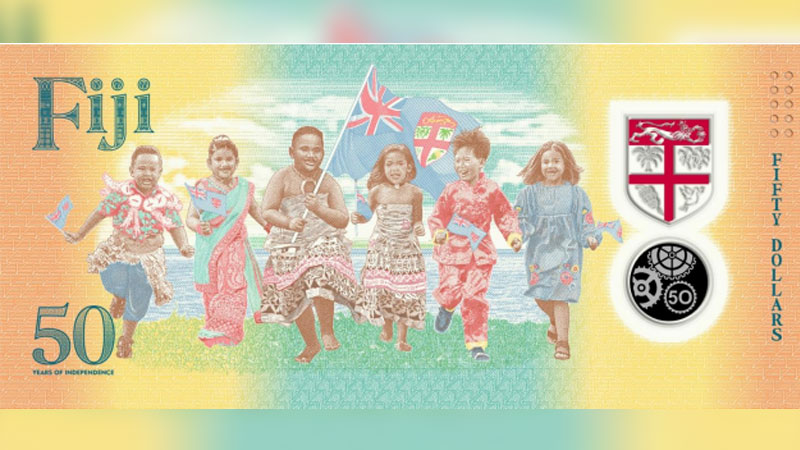 When placed under an ultra violet light, certain elements of the children’s imagery fluoresce yellow.

There are also two vertical lines of raised dots on the top right-hand side of the banknote which can be clearly felt and are there to help the blind and the visually impaired to authenticate the banknote. 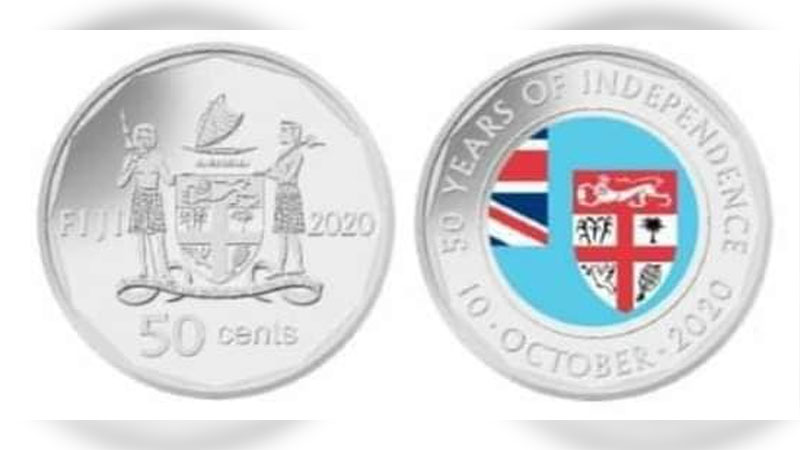 The front of the 50 cents coin features the Fijian Coat of Arms, the word “FIJI”, the issuing year “2020” and the denomination “50 cents”.

The reverse of the coin features a coloured extract of our Fiji flag with the words “50 YEARS OF INDEPENDENCE” and “10.OCTOBER.2020” inscribed around the image. The coin is round shaped with milled edges and inner do-decagon edges.

Album photos courtesy of the Office of the Prime Minister.