Sowakula returns to Churchill Park after a decade

Sowakula returns to Churchill Park after a decade 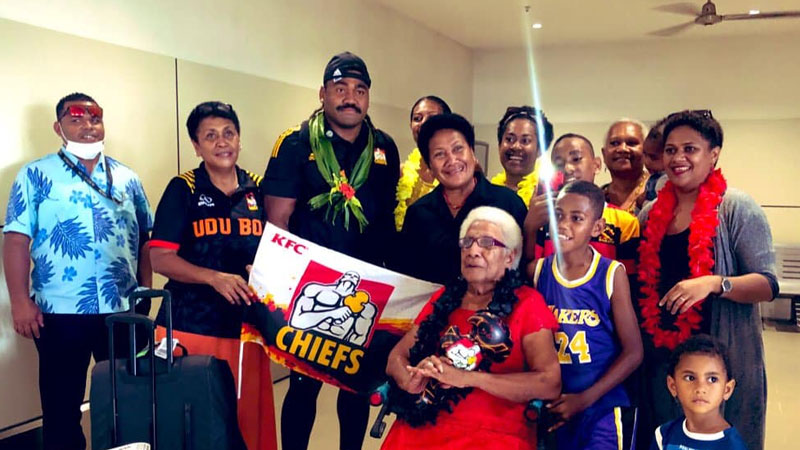 After 10 years, Chiefs number 8 Pita Gus Sowakula will return to the rugby field where he played during his schooling and club days to take on the Swire Shipping Fijian Drua in the Super Rugby Pacific this afternoon.

The last time Sowakula played at Churchill Park was way back in 2012.

When the 27-year-old arrived in Fiji for the Drua match, he was greeted at the Nadi Airport by his mother and grandmother and the whole family.

Speaking to Stuff.co.nz, Sowakula says he was really looking forward to seeing the family after becoming a new dad in October last year.

Sowakula understands that the Drua players will not give them an easy game today because its the Drua’s last game and they will try to impress their home fans.

He says they are playing at home and they will not back down.

Sowakula’s uncle and aunty, who he counts as his parents will be part of the cheering crew, supporting him at Churchill Park this afternoon.

Meanwhile, fellow Fijian, Emoni Narawa has paid for a bus to transport his fellow villagers to watch the game in Lautoka.

The Chiefs will meet the Fijian Drua at 3pm today at Churchill Park.

This is the Drua’s final home game of the season and the first ever Super Rugby Pacific match in Lautoka.