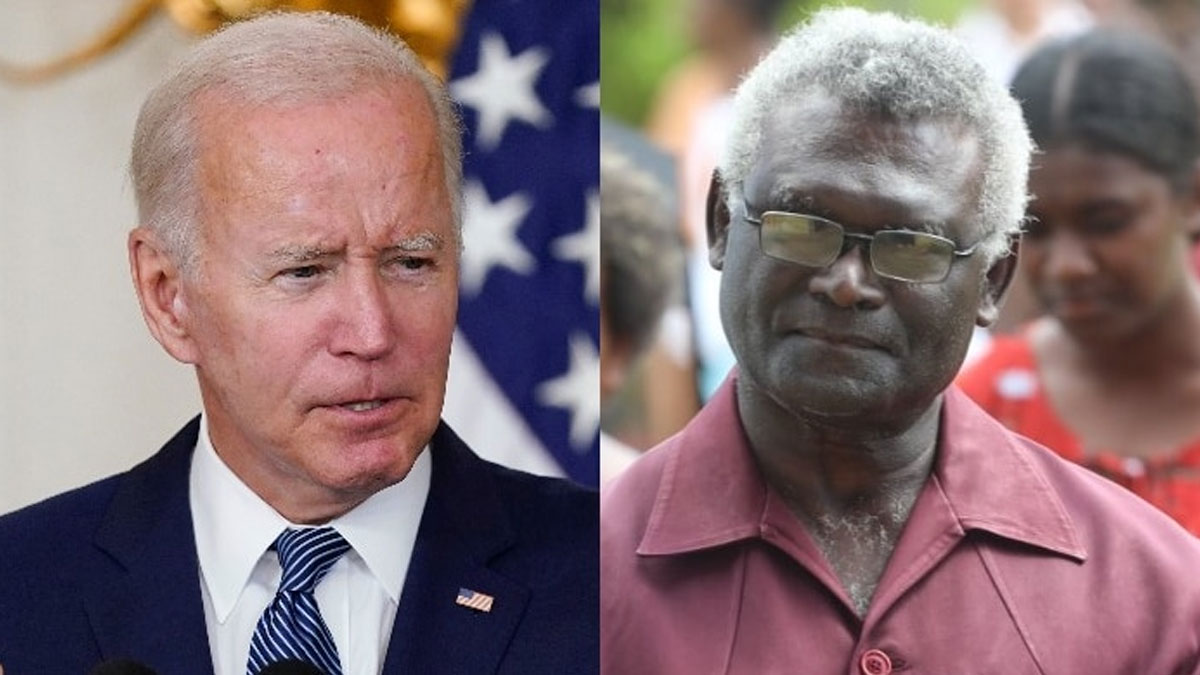 The Solomon Islands has informed its regional neighbours that it will not sign a declaration between the United States and Pacific Island nations at this week’s high-profile White House summit.

The declaration, which was drafted after several weeks of negotiations between Pacific Island nations and officials with the administration of US President Joe Biden, covers issues including sustainable development, tackling climate change, preserving security of the Pacific region and trade.

But the note from Honiara says the government needs more time to study the declaration and it would have to be considered by parliament.

Solomon Islands Prime Minister Manasseh Sogavare is currently in Washington and will be attending the U.S. Pacific Summit, according to a senior administration official.

The Solomon Islands’ refusal to sign the declaration comes just five months after it signed a security agreement with China that has raised concerns in the United States and Australia that Beijing would establish a military presence in the Solomon Islands—located less than 2,000 kilometres from Australia.

A draft of the agreement that emerged on social media included a provision that could allow Beijing to send armed police and soldiers to the Solomon Islands, as well as base its navy ships off the Solomon’s coast.

Prime Minister Sogavare insisted he would not allow the creation of a Chinese military base, saying the deal instead will help provide domestic security.

A U.S. delegation sent to Honiara failed to dissuade Sogavare from signing the security pact with China.

US Vice President Kamala Harris told the Pacific Islands Forum back in July that the United States is planning to appoint an envoy to the Forum and open new embassies in Tonga and Kiribati as part of a pledge that the U.S. would increase its diplomatic and financial support to the Pacific region.

She also announced the administration had requested US$60 million a year from the U.S. Congress that would triple current funding for fisheries assistance, marine conservation and climate resilience projects for the region.