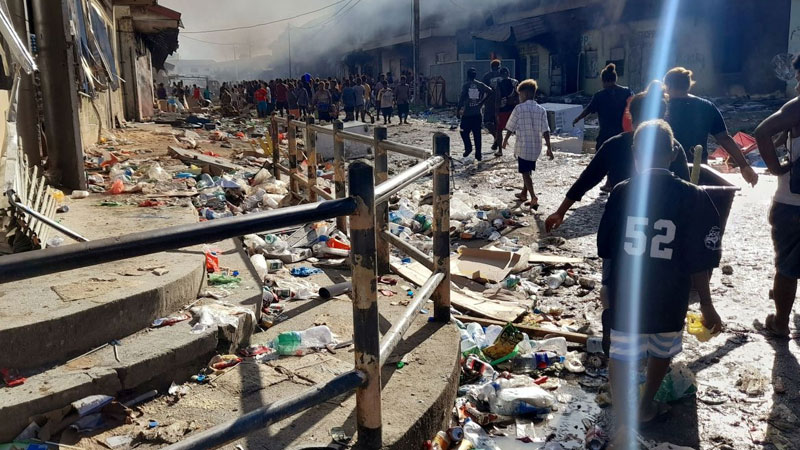 Solomon Islands police say three bodies have been discovered in a burnt-out building in the capital Honiara, the first reported deaths after days of rioting.

The bodies were discovered in a store in the Chinatown district.

ABC News reports the streets of the capital remained relatively quiet this morning as locals began to assess the damage left by days of rioting.

A curfew had been imposed on the restive capital overnight after the third day of violence that saw Prime Minister Manasseh Sogavare's home come under attack.

Australian peacekeepers, who arrived in the country also joined police on the streets to restore order and protect critical infrastructure.

An initial 23 members of the Australian Federal Police were already on the ground, along with representatives from the Department of Foreign Affairs and Trade.

Up to 50 more were to be deployed as well as an additional 40 ADF personnel which would bring the contingent up to 116.

Permanent Secretary for Health Dr James Fong says health workers and frontliners have done their best for two years to protect as many of us as possib... 56 minutes ago
LATEST NEWS

The Fijian Government says in their effort to assist locals in reaching out to the Tongan victims of the recent volcanic eruption and tsunami, they ... 29 minutes ago

Actor Arnold Schwarzenegger has been involved in a car accident in Los Angeles. LA Police say a woman was hurt in the four-vehicle crash, which ... 50 minutes ago

Save the Children says they will join the response to assist families in Tonga affected by the volcanic eruption by establishing temporary learning ... 53 minutes ago