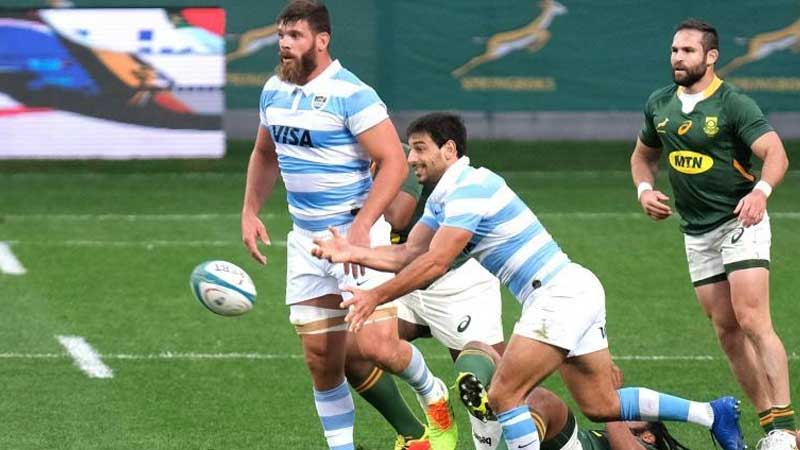 Six Argentina players and two staff have been removed from the Rugby Championship for breaching tournament health rules after taking an unauthorised trip to the New South Wales resort of Byron Bay.

The tournament has been operating under strict biosecurity protocols in Australia's northeastern state of Queensland due to COVID-19.

SANZAAR says players have broken the tournament's rules when they travelled across the Queensland state border.

It says they have informed Argentina Rugby that all members of this group are now ineligible to participate further in The Rugby Championship as they have breached tournament rules.

The governing body says they are disappointed that such a breach has occurred given the clear rules that are in place to ensure the health and safety of all players and staff.

SANZAAR adds players who are stopped from re-entering Queensland by police would stay in New South Wales until rejoining the rest of the Argentina squad on Sunday.

The Wallabies will meet Argentina at 7.05pm tomorrow and the All Blacks face the Springboks at 10.05pm tomorrow.