Significance of Holi is of greater importance this year - Prasad

Significance of Holi is of greater importance this year - Prasad 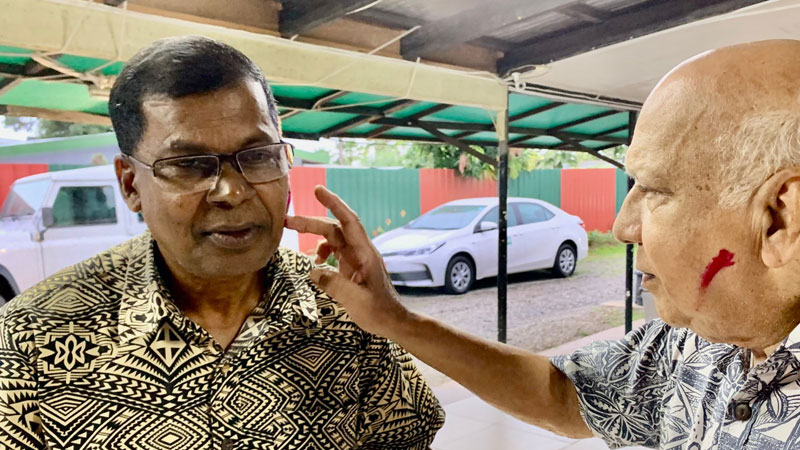 National Federation Party Leader, Professor Biman Prasad says the significance of Holi is of greater importance this year as we rebuild our lives and overcome the social and economic deprivation exacerbated by COVID-19 that has seriously impacted our livelihood.

In his Holi message, Prasad says the triumph of good over evil, victory of truth and righteousness over injustice, and the upholding at all times of equality, dignity and social justice for all our people are the core principles of Holi.

Prasad says there are many significance of Holi but all are entwined around the fundamental principle of the vanquishing of tyrants, despots, oppressors and dictators.

The NFP Leader says just like other religious festivals of the Indo-Fijian community, Holi has been celebrated for the last 143 years since the arrival of the Girmitiyas in 1879.

He says the language, tradition, customs and culture practiced and preached by their forefathers is intact and has been passed from one generation to another.

Prasad says it is the basis of civilization and helped the Indo-Fijian community make Fiji their home.

He adds festivals like Holi promote these virtues and are an indelible part in the social and economic advancement of all our people as Fiji evolved into a genuinely multi-racial, multi-cultural and multi-religious nation.

Prasad says the vibrancy of colors used during Holi celebrations is a true portrait of Fiji.