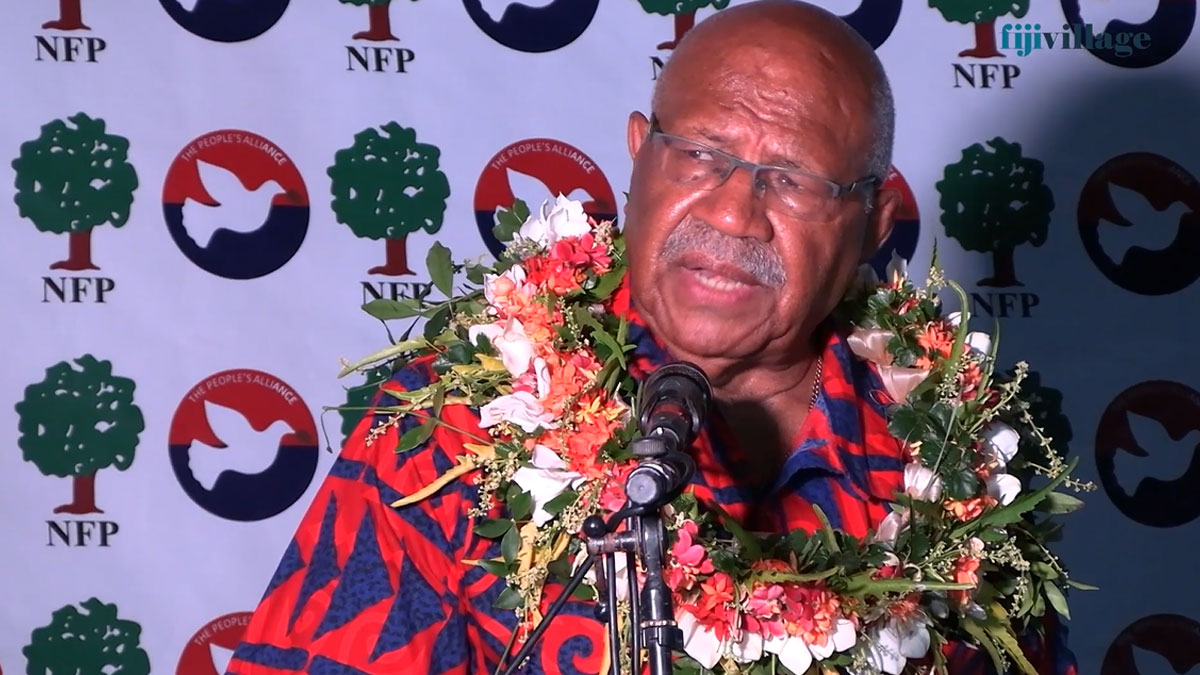 People’s Alliance Leader Sitiveni Rabuka says it is shocking and disgraceful for the leader of the country to be making statements without providing any evidence to back them up.

Rabuka highlighted this during the joint rally of the People's Alliance and the National Federation Party at AOG Primary School in response to the statement by the FijiFirst Leader Voreqe Bainimarama at Syria Park, Nausori.

He says he is trying to cause fear because fear has always been part of the FijiFirst Government machinery.

He claims this was the tactic they used in 2018, and they are trying to use it again this year.

He says despite protests about his comments, he has not denied them, nor has he shared his thinking on exactly who will commit the violence that inhabits his mind.

The Leader of the People's Alliance says the FijiFirst tactics will not work.

During the rally at Syria Park, Bainimarama had said in the iTaukei language that the conversation about returning iTaukei land can cause stabbing, murder and blood spilt on our land, and unlawful entering of a property will happen if that conversation is condoned.

The People's Alliance, NFP and SODELPA have said they are not telling people that freehold land will be returned to the iTaukei.